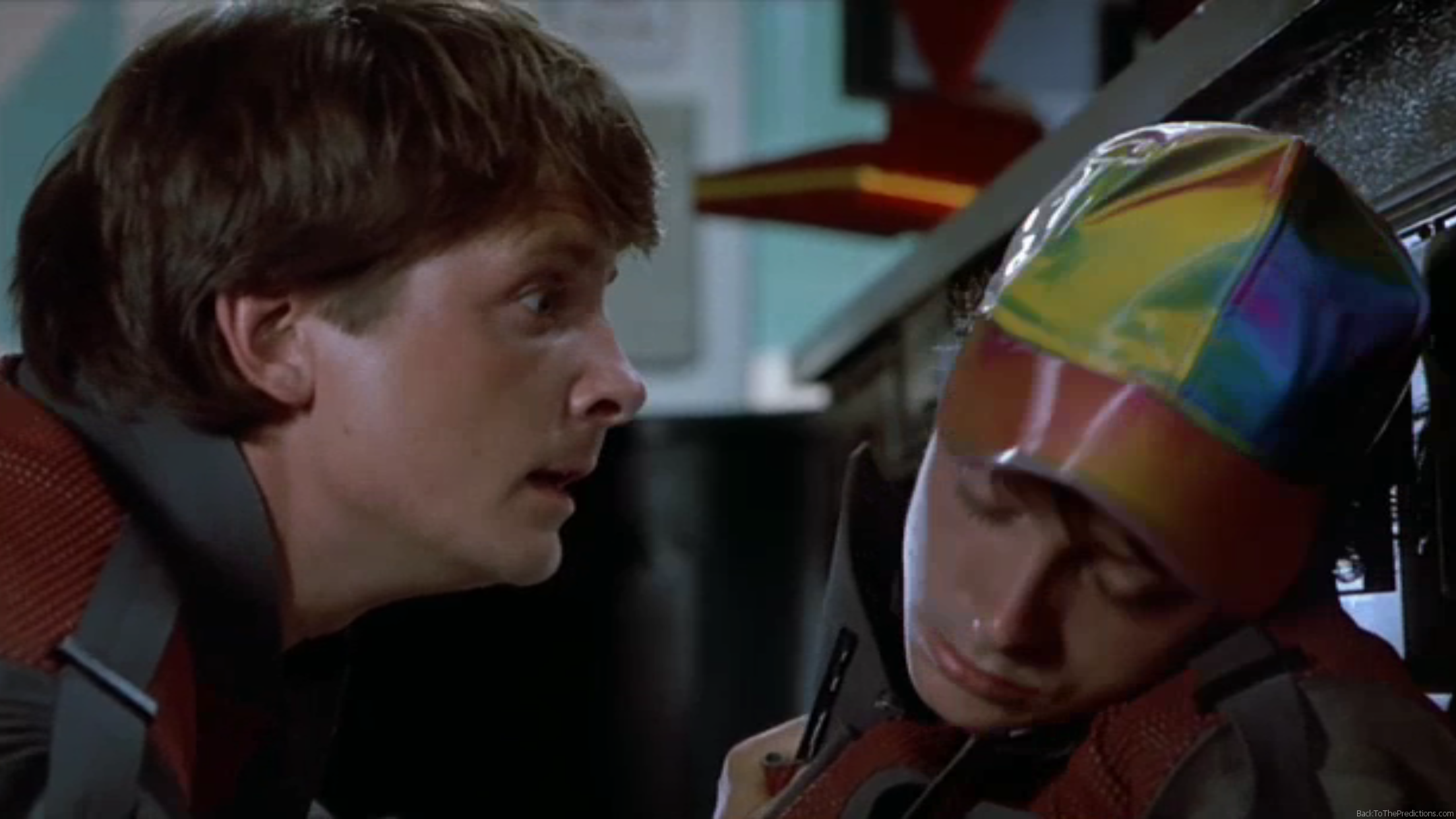 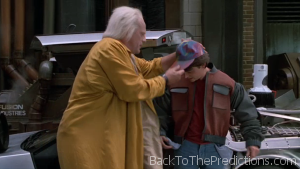 “Put on this cap,” says Doc as he puts a color-changing baseball cap on Marty.

“Perfect! You’re the splitting image of your future son.”

The hat Doc puts on Marty is the exact same hat that we saw Marty Jr. wearing earlier.  When the hat is viewed from different angles, the colors appear to change.  This illusion is created through the use of lenticular fabric.

The hat was not a special effect in the movie and actually existed in Michael J. Fox’s wardrobe.  This means the question here isn’t if it’s possible to make a hat like that, but if hats like that exist in our 2015. 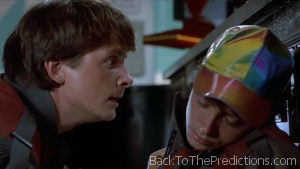 The answer is yes and no.

Like the Nike Mag sneakers, the hat was created as a direct result of its appearance in Back to the Future Part II.  In 2009, Nike created a lenticular hat, but the colors appear to be darker with more browns, oranges, and yellows with not as much blue or pink as Marty’s hat.  It is a fitted hat with the “Nike Footwear” logo inside.

Later in 2009, Diamond Select released an officially licensed hat which is a near-accurate replica of Marty’s hat as seen in Back to the Future Part II.  It can be found in various specialty stores, comic shops, and on Amazon.com.

We can’t really call this an accurate prediction since we don’t see people wearing these hats all the time.  However, it’s not really a failure since the hats exist and you can buy one.  We’ll just chalk this up to one of the very rare instances of something existing because of its existence in the movie.