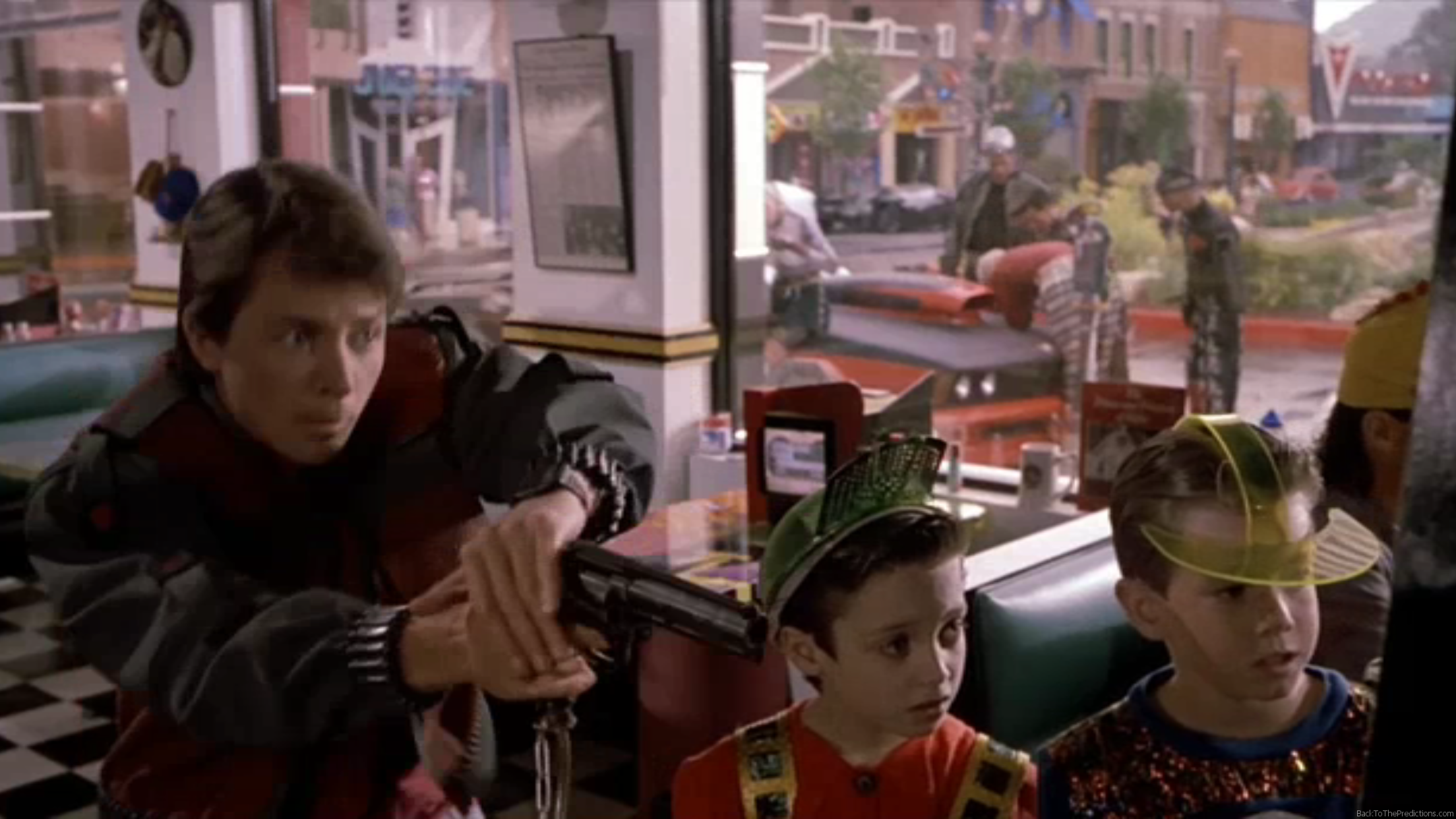 Marty picks up the gun, shoots the bad guys on the Wild Gunman screen, and gets a “Crack Shot” rating which is sure to impress these kids.  “You mean you have you use your hands? That’s like a baby’s toy!”  The boys are clearly not impressed and leave the Cafe 80’s.

On November 4, 2010, Microsoft released Kinect for Xbox 360.  This mass market device allowed gamers to play video games at home without using their hands.  In the years since, Sony and other manufacturers have produced other hands-free gaming experiences that rely on motion or voice.

However, Kinect hasn’t exactly caught on as much as Microsoft hoped or as much as the kids in the Cafe 80’s would have liked.  In May 2014, Microsoft announced that, due to demand, it would offer an Xbox One bundle without Kinect starting on June 9, 2014.

Most video games still rely on controllers of some kind.  Most of those that don’t are games found on touchscreen devices such as tablets or phones.  Even in 2015, we’re still using our hands…like a bunch of babies.