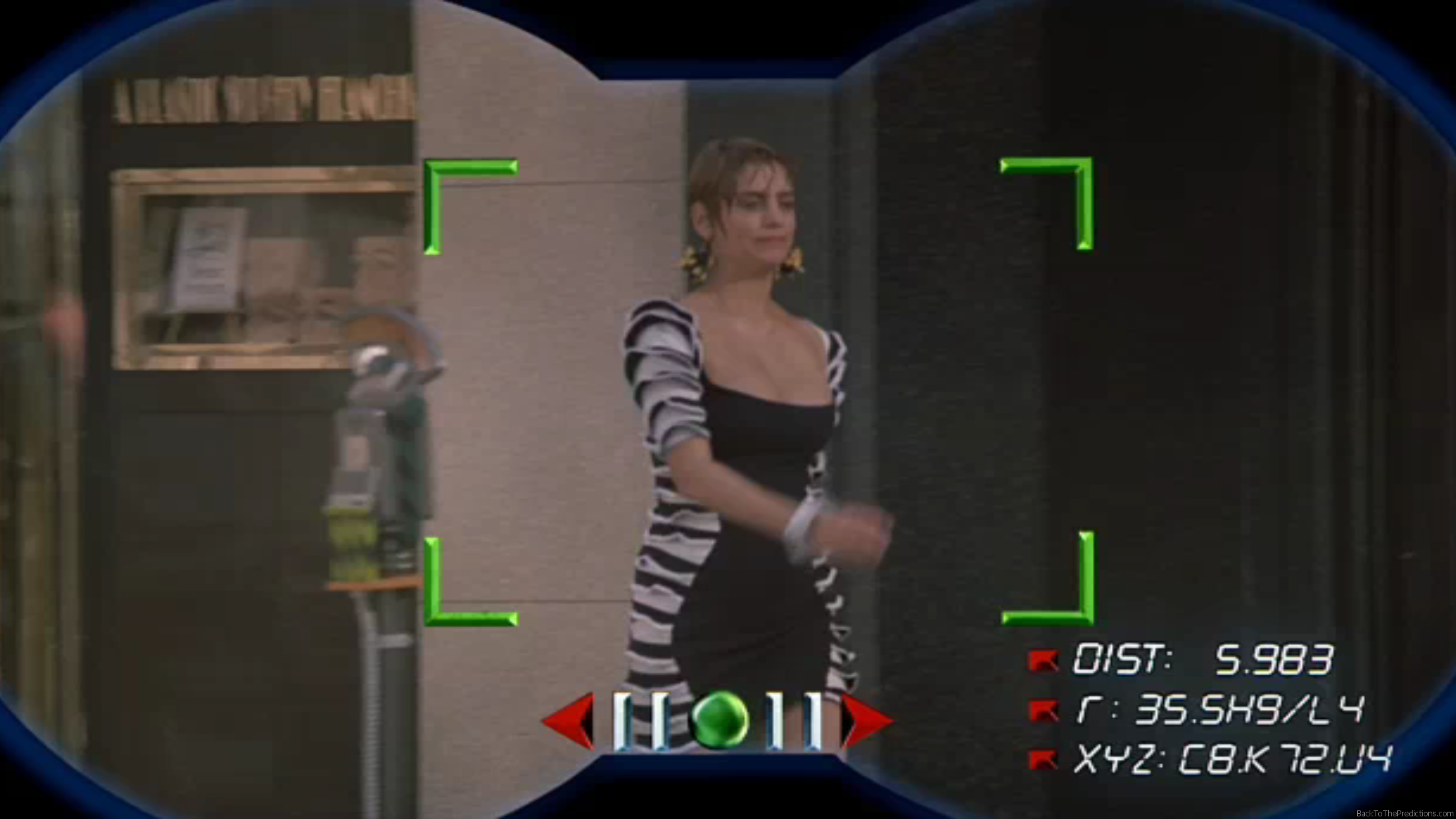 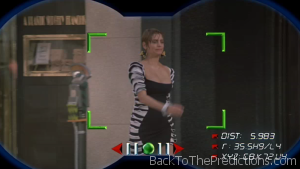 After Doc pulls out his binocular card, the first subject that it focuses on is a woman in a black and white dress.

This is one of the tamer outfits seen on the citizens of Hill Valley in 2015.  For all fashion that we will pass judgement on at this site, our criteria will simply be if we think someone dressed like this would seem out of place in our 2015.

This woman’s dress has white and black ruffles down the sides and on the elbow-length sleeves, which are a bit unusual, but not unusual enough that she’d seem too out of place.  She’s wearing a large white bracelet on her right wrist.  That’s also not unusual, but clearly a holdover from 1989.  She is also wearing large dangling earrings which wouldn’t seem too out of place in our 2015.

The most unusual thing about the way this woman is dressed is her hairstyle.  It looks like she didn’t dry off after swimming.  However, considering that it was pouring rain a minute earlier, maybe she got caught in the downpour.