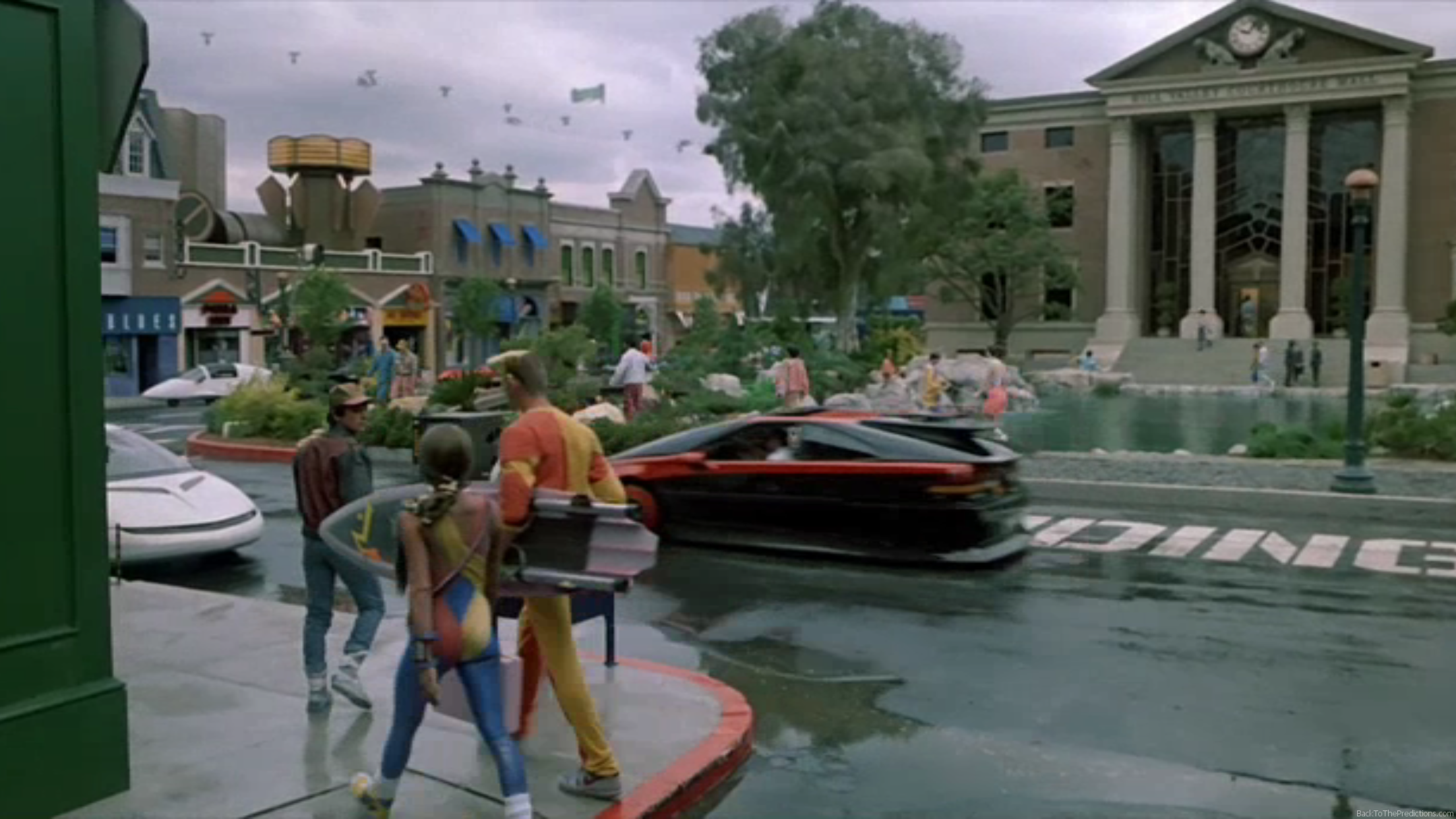 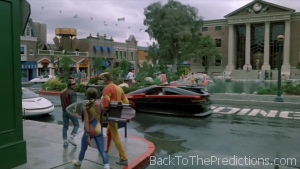 As Marty walks into Courthouse Square, the guy with the futuristic surfboard walks by.  He is accompanied by a woman who appears to be wearing 1980’s workout gear.

The woman is wearing a multicolored leotard in orange, yellow, and blue.  She has blue leggings, white socks, and yellow and blue sneakers.  Her hair is tied back in a ponytail and she has some sort of wristband.  She’s one of the women with a colored briefcase.

Considering she’s with someone who is apparently on his way from a surfing session of some kind, maybe she was surfing with him.  However, she has a briefcase so maybe she came from the office.

Whatever she was doing, she’s wearing something that would definitely stand out and seem out of place in our 2015.