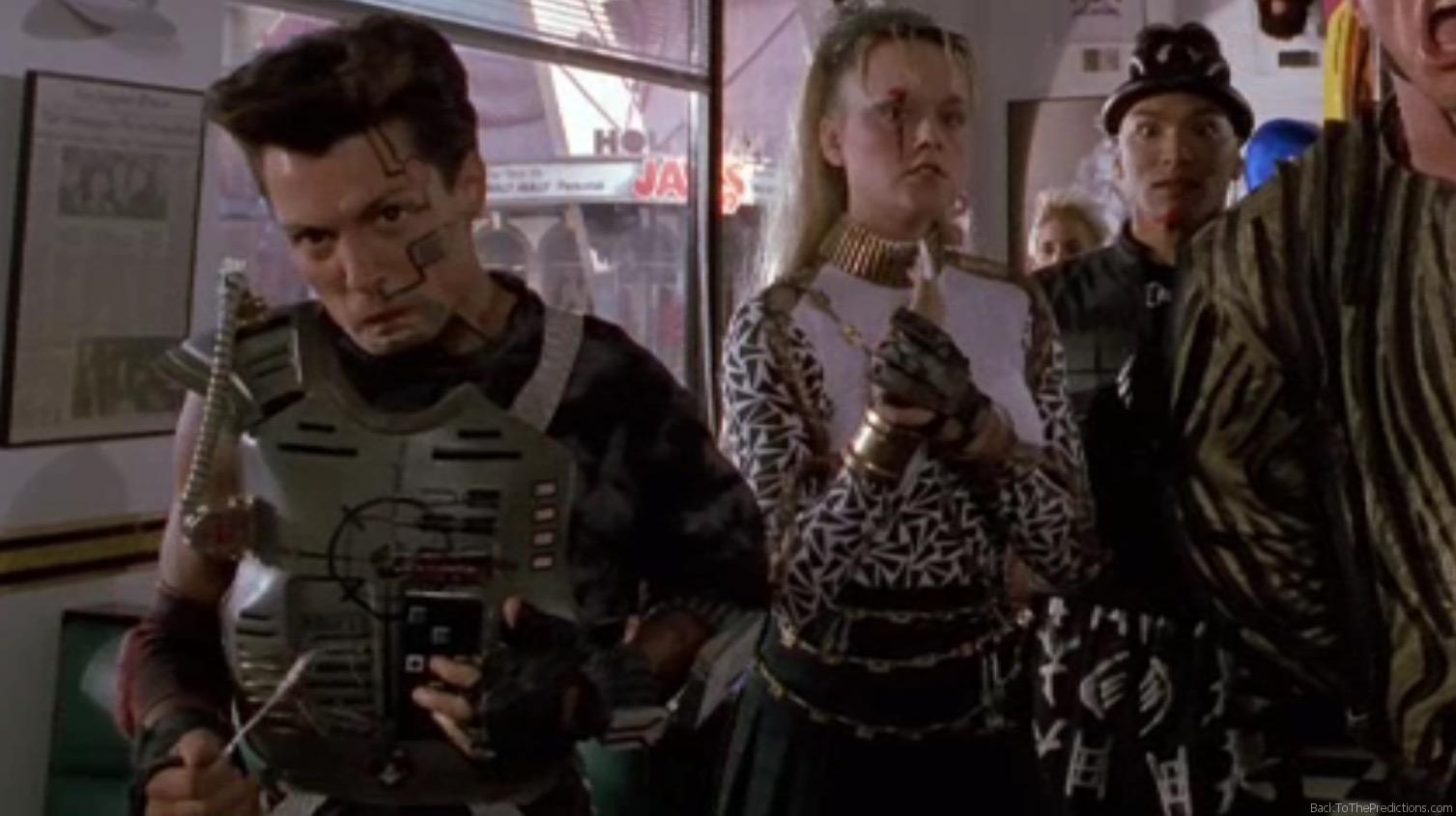 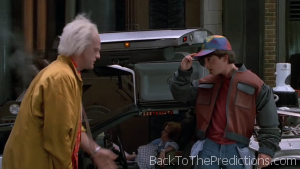 Today is “Pretend to be a Time Traveler Day”. When Dresden Codak proposed the day in 2007, he apparently didn’t think ahead very far or he’d have realized that by 2015, we all did this back on October 21st.

Pretend to be a Time Traveler Day

You must spend the entire day in costume and character. The only rule is that you cannot actually tell anyone that you are a time traveler. Other than that, anything’s game.

There are three possible options:

1) Utopian/cliché Future – “If the Future did a documentary of the last fifty years, this is how badly the reenactors would dress.” Think Star Trek: TNG or the Time Travelers from Hob. Ever see how the society in Futurama sees the 20th century? Run with it. Your job is to dress with moderately anachronistic clothing and speak in slang from varying decades. Here are some good starters:

– Greet people by referring to things that don’t yet exist or haven’t existed for a long time. Example: “Have you penetrated the atmosphere lately?” “What spectrum will today’s broadcast be in?” and “Your king must be a kindly soul!”

2) Dystopian Future – This one offers a little more flexibility. It can be any kind of future from Terminator to Freejack. The important thing to remember is dress like a crazy person with armor. Black spray painted football pads, high tech visors, torn up trenchcoats and maybe even some dirt here or there. Remember, dystopian future travelers are very startled that they’ve gone back in time. Some starters:

– If you go the “prisoner who’s escaped the future” try shaving your head and putting a barcode on the back of your neck. Then stagger around and stare at the sky, as if you’ve never seen it before.

– Walk up to random people and say “WHAT YEAR IS THIS?” and when they tell you, get quiet and then say “Then there’s still time!” and run off.

– Stand in front of a statue (any statue, really), fall to your knees, and yell “NOOOOOOOOO”

– Take some trinket with you (it can be anything really), hand it to some stranger, along with a phone number and say “In thirty years dial this number. You’ll know what to do after that.” Then slip away.

2) The Past – This one is more for beginners. Basically dress in period clothing (preferably Victorian era) and stagger around amazed at everything. Since the culture’s set in place already, you have more of a template to work off of. Some pointers:

– Airplanes are terrifying. Also, carry on conversations with televisions for a while.

– Discover and become obsessed with one trivial aspect of technology, like automatic grocery doors. Stay there for hours playing with it.

– Be generally terrified of people who are dressed immodestly compared to your era. Tattoos and shorts on women are especially scary.

And that’s it. Remember, the only real rule is staying in character and try to fit in. Never directly admit you’re a time traveler, and make really, really bad attempts at keeping a low profile. Naturally, the dystopian future has a little more leeway. And for the record, I’ve already tried out all of these in real life, in costume. It is so much fun you want to pee yourself.

I’ve set the tentative date for December 8th. Who’s in?