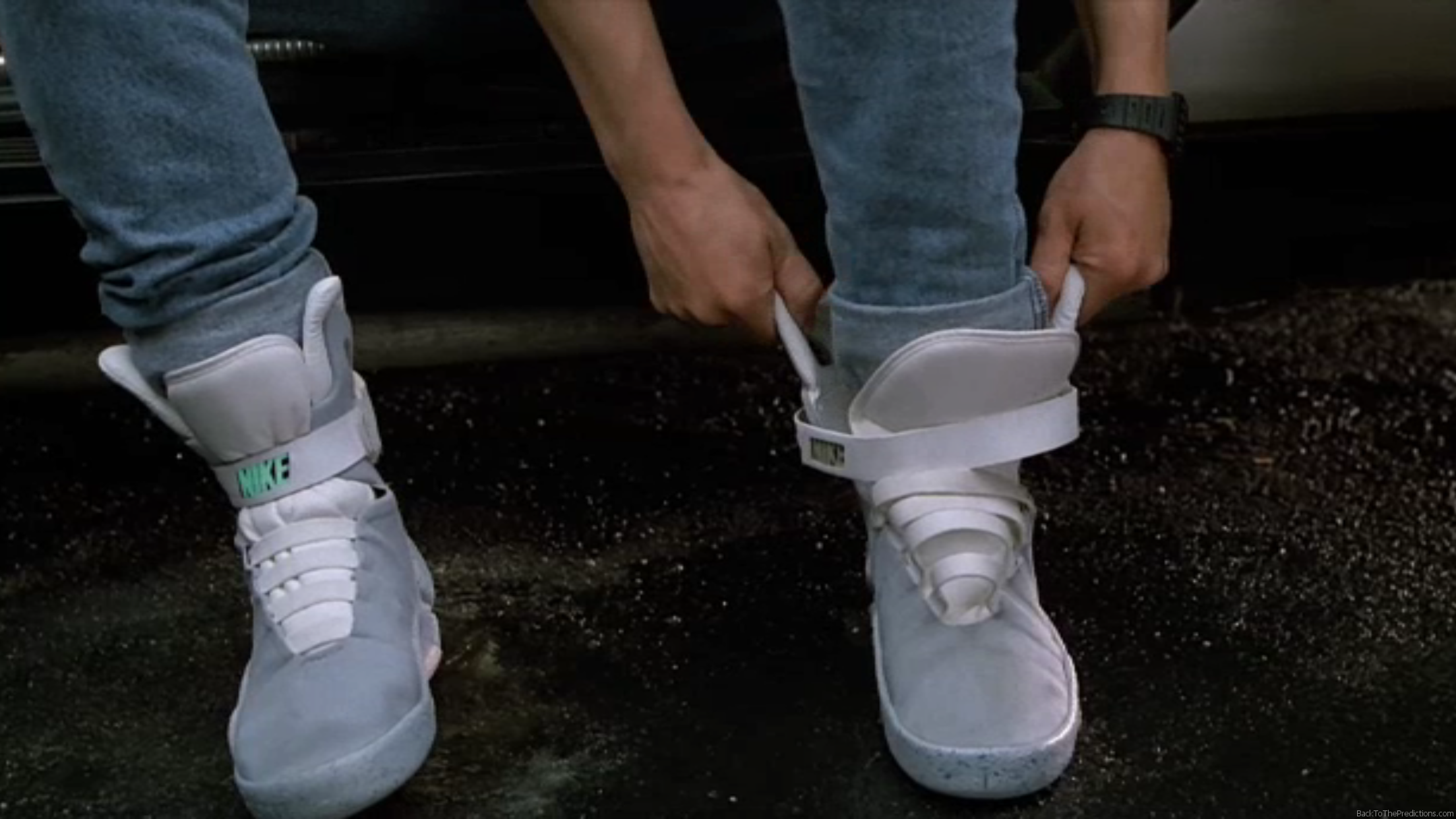 Changing into 2015 clothing, Marty pulls out a pair of Nike Mag sneakers.  They’re grey with white accents and the trademark Nike swoosh on the side.  He puts them on the ground and inserts his foot.  As his heel hits the sole, the laces pull tight automatically and the Nike logo lights up. 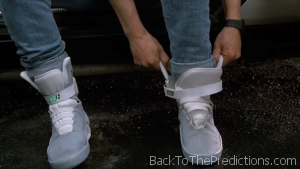 In 2011, Nike released Nike Mags that looked just like the sneakers seen Back to the Future Part II, but did not feature power laces.  These Nike Mags were a limited edition and only 1,500 were sold on eBay to benefit the Michael J. Fox Foundation.  In mint condition, they now run for around $8,000.

Nike designer Tinker Hatfield (seen as a store manager in the above video) has said on multiple occasions that he plans to deliver the Nike Mag with power laces in 2015.  A date has not been confirmed.

Prediction Accuracy: To Be Determined