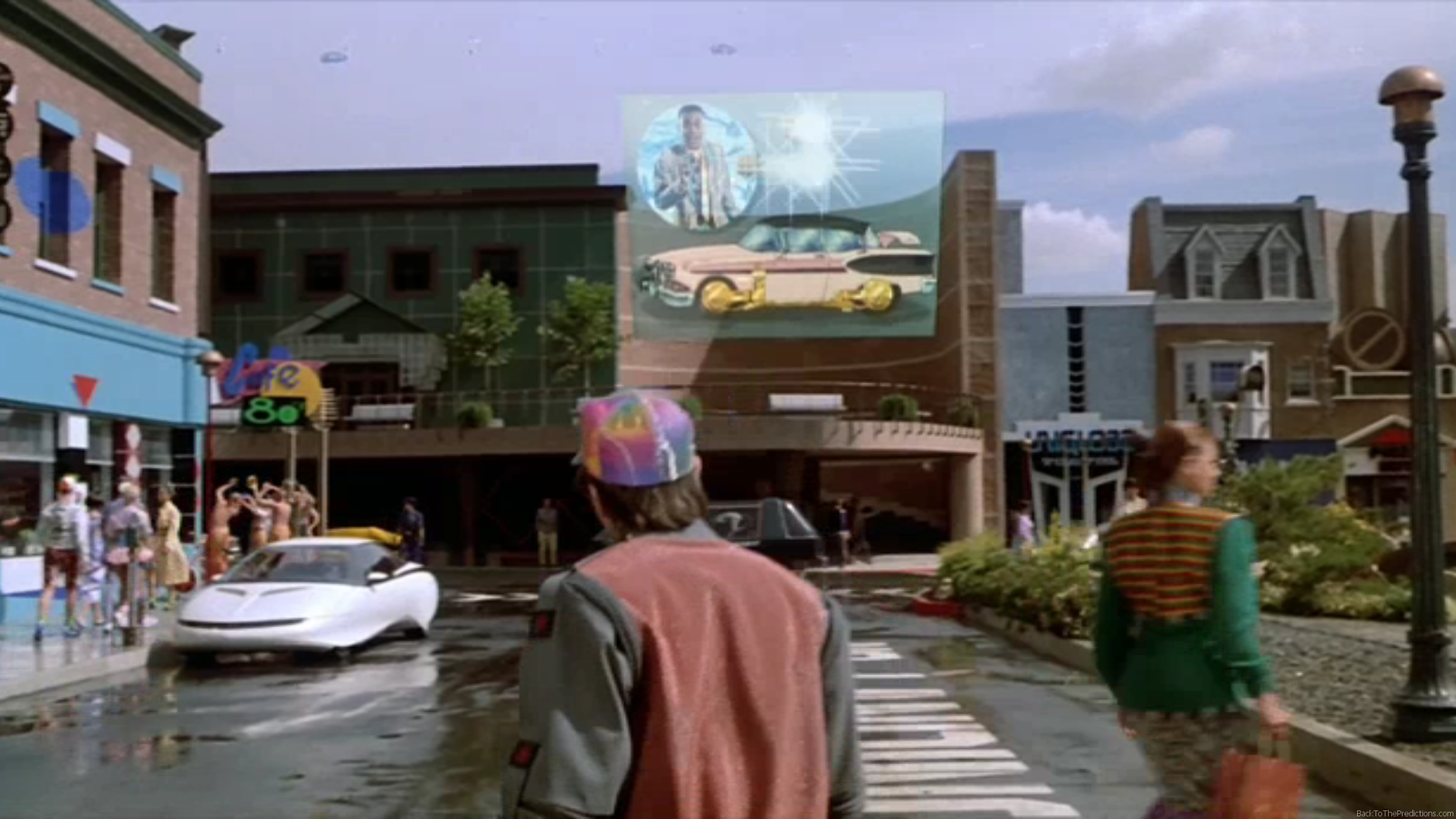 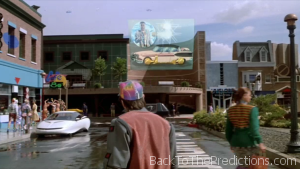 After Marty gets bored with Goldie Wilson’s hover conversion ad, he spots the Cafe 80’s and makes his way over there.  As he starts to walk over, we can see a futuristic looking white car parked outside the Cafe 80’s.

This car is the 1987 Pontiac Pursuit.  It’s a concept car that never made it to production…at least not with this design.  (Pontiac briefly sold a “Pontiac Pursuit” in Canada in 2005 and 2006, but it was just a rebranded Chevrolet Cobalt.)

The Pontiac Pursuit featured two doors, four seats, a removable roof, and 4 cylinder, 16 valve, twin cam, 2 liter, intercooled, turbocharged 200hp engine.  The car was steered using a “steer by wire” system.  Inside the vehicle was a heads-up display featuring speed and tachometer readings and a steering wheel with more buttons than your TV remote.  Oh, and there were two TVs in the back seat with headphones.  In 1987.

Although the “futuristic” design looks somewhat cheesy and dated today, the concepts presented in this car were ahead of their time for 1987.  Unfortunately, the car never went into production, making this a failed prediction.