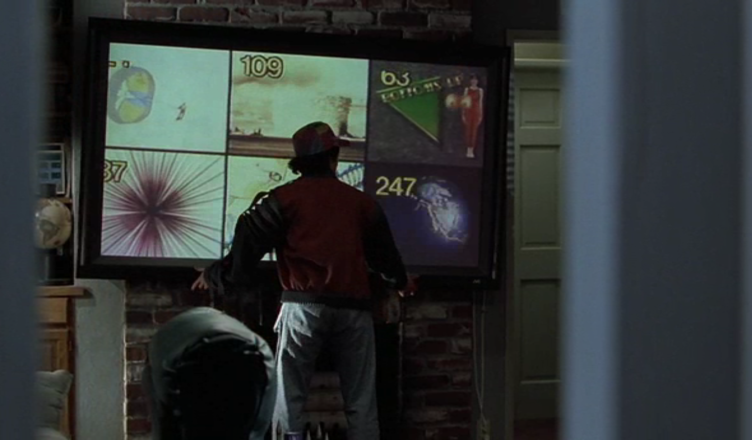 The television responds to his voice commands and displays multiple channels as Marty Jr. requested.  While the individual channels don’t seem to be HD, there’s one thing about this scene that a lot of people overlook these days…  Marty Jr. is watching TV on a widescreen television.

When Back to the Future Part II was filmed, every American home had a CRT television…a big, heavy box that would display video on a screen with a 4:3 aspect ratio.  In the mid-2000’s, that started to change and cable providers began offering digital HD programming that was presented in a 16:9 aspect ratio.  People started buying HD televisions with large screen sizes and hanging them on their walls…just as Marty Sr. has done in his home.

This is likely one of the most accurate predictions made in the entire movie.