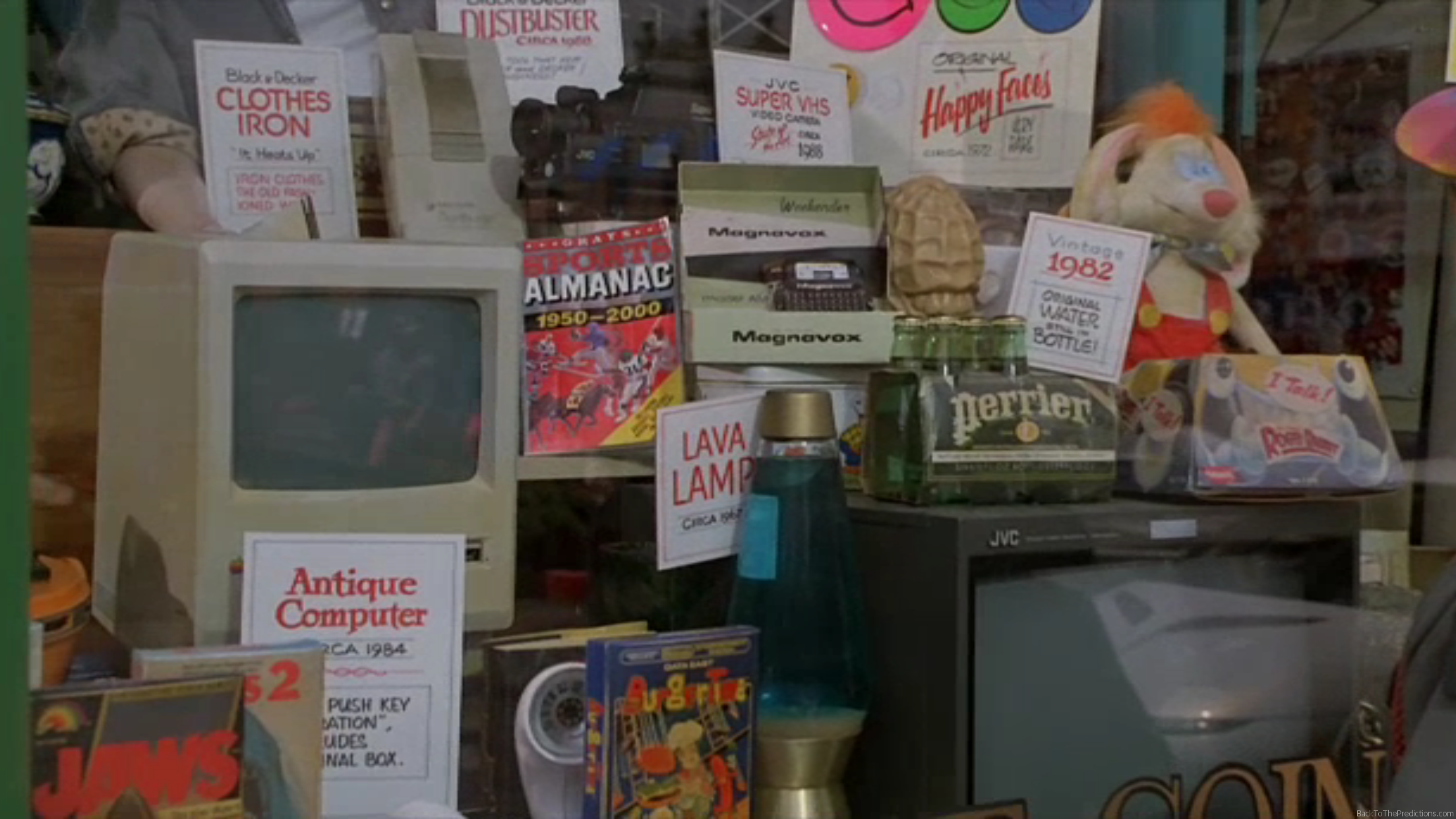 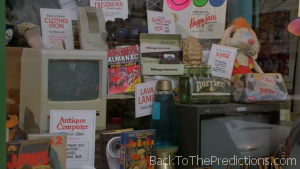 Thirty-one years ago today, Apple Computer introduced the first Macintosh computer.  Marty of 1985 spots an original Macintosh in the window of Blast from the Past.  We know it’s the original Macintosh because the sign in front dates it to 1984.  The sign, partially blocked by Jaws 2, reads:

The store is selling this Mac as an “antique” and includes the box.  The original Mac originally sold for $2,495 and was available through October 1, 1985.  To Marty, it was already discontinued and the Macintosh 512K was the only Mac on the market.  When the film was released in November 1989, Apple was shipping the Macintosh Plus, SE, SE/30, II, IIx, IIcx, and IIci with prices ranging from around $2,600 to $8,000.

Although this is mainly an excuse to post a Macintosh-related article on its 31st anniversary, there are two predictions we’ll look at here: the term “antique computer” and the market for antique computers.

Now it’s 2015 and if you search eBay for “antique” in the Computers category, you get results!  Some are old mechanical computers or assorted parts, but there are actually a few electronic computers or computer components listed and, as of this writing, the completed listings show several “antique” items made by Apple.  However, “Vintage” seems to be a more common term.

As for the market for old computers, it can vary greatly depending on the computer being sold.  For example, an Apple I computer has sold for as much as $905,000 at auction.  (They were originally sold for $666.66.)  However, your typical old IBM ThinkPad T43 might sell for around $10 to $30.

Based on recent eBay sales, an original and unmodified Macintosh 128K in perfect condition with keyboard and its original box could sell for $2,375 to $4,250.  It is very rare, a collectors item, and would not be surprising to see on display in a store that sells the type of nostalgia and pop culture items we see in the window of Blast from the Past.

This seems like an accurate prediction.  The only things not quite right here are that “vintage” would have been a better term than “antique” and “push key ‘operation'” is still a thing and would be unlikely to be a selling point on a sign.