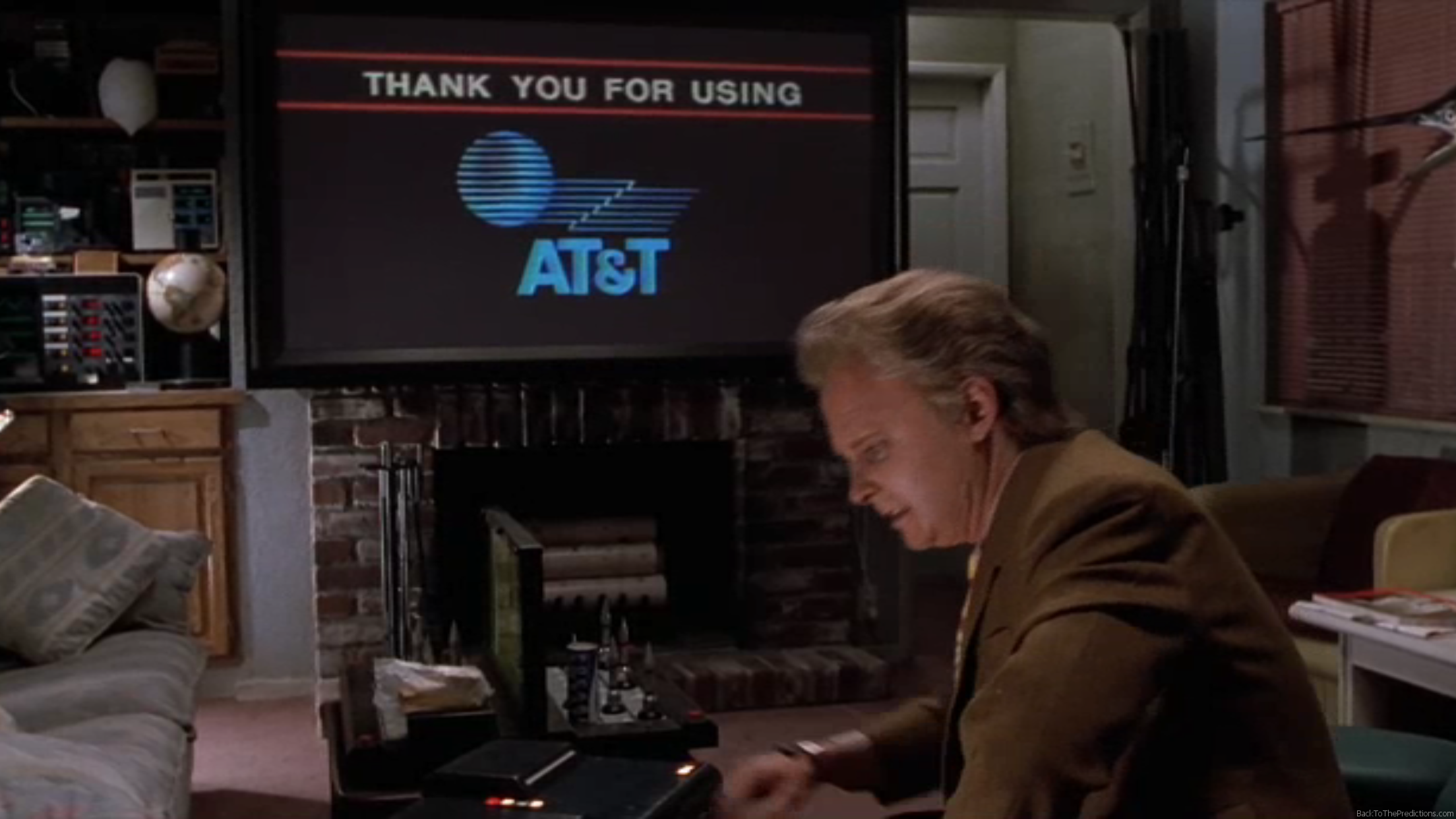 One of the major companies seen in Back to the Future Part II is AT&T.  Their logo is on phone booths as well as Marty Sr.’s video call and the fax machines in his house later in the movie.

Back to the Future Part II was released in 1989 and they successfully predicted AT&T would still be around.  That may not seem like such a bold prediction, but remember that in 1984, American Telephone & Telegraph (AT&T / “Ma Bell”) was forced to split into seven “Baby Bells”: Ameritech, Bell Atlantic, BellSouth, NYNEX, Pacific Telesis, Southwestern Bell, and US West.  To make a long, complicated story short, Southwestern Bell became SBC and acquired AT&T in 2005.  Ameritech, BellSouth, and Pacific Telesis are were also acquired by either SBC or AT&T.

AT&T’s “Death Star” logo, designed by Saul Bass, was introduced in 1983.  What we see in Back to the Future Part II is the same logo with some lines coming out to the right and a slightly different font.  (The ampersand is the most noticeable difference.)

In 1999, the logo was slightly modified to use a more “3D” sphere and changed from 12 horizontal lines to just 8.  In 2005, it changed to a 3D translucent marble design.  AT&T currently uses a lowercase “at&t” stylization with their logo.

Back to the Future Part II may not have predicted AT&T’s 2015 logo correctly, but the movie did successfully predict that AT&T would be in use in 2015, it would change its logo, and it would still use some form of the “Death Star” in that logo.

“Thank you for using AT&T.”