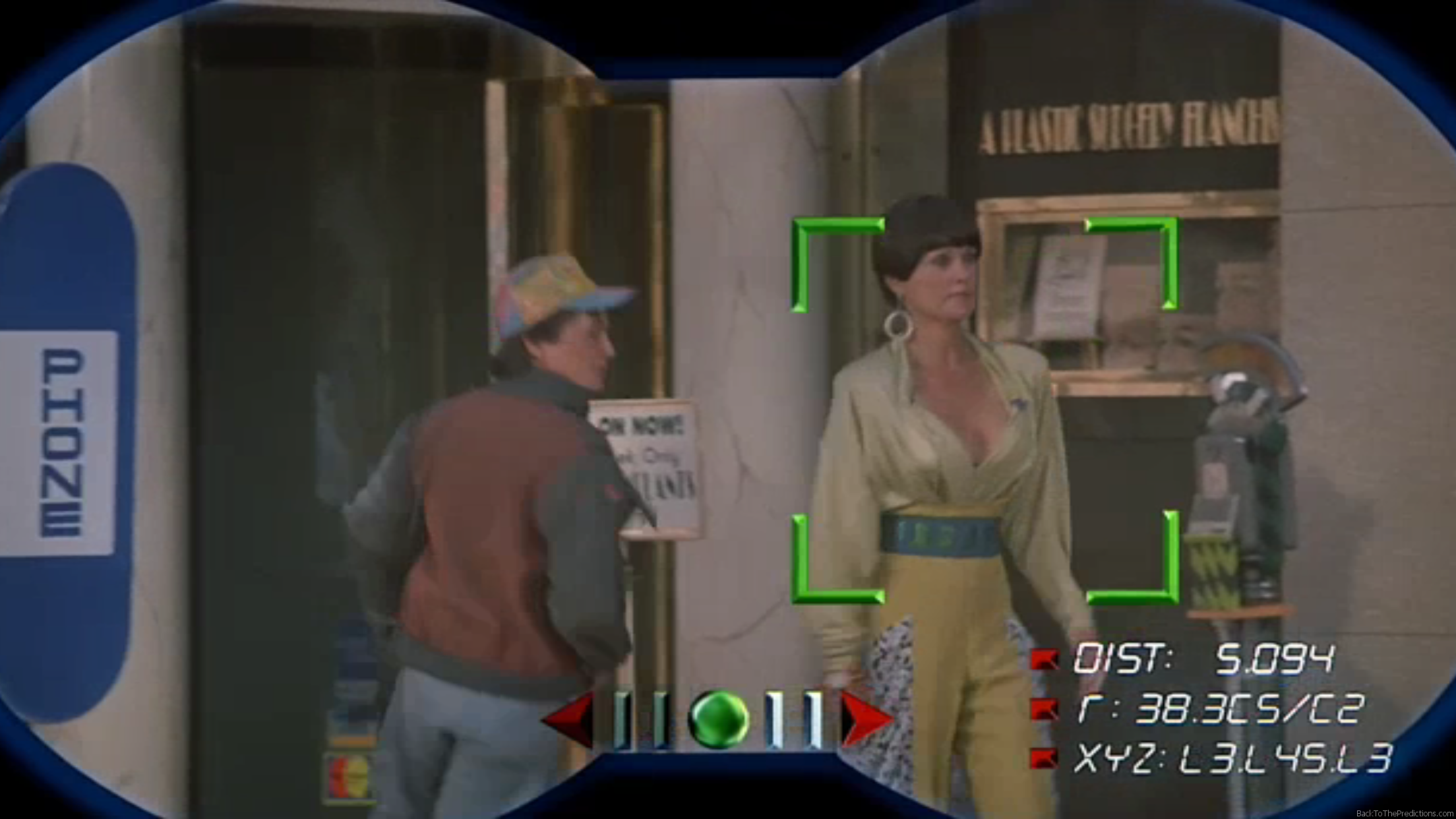 I’d have to imagine that this woman is a huge fan of Mr. Spock from Star Trek, Moe Howard of The Three Stooges, or Lloyd Christmas from Dumb and Dumber because her hair style looks just like it was copied from one of them.

She’s wearing large white loop earrings.  Those are plausible for our 2015 world.

Her blouse appears to be some beige/yellow color with loose sleeves and opened way too much for a normal person in our 2015.  Maybe she just wants to show off the results of her trip to the plastic surgery franchise, but she’s apparently not too thrilled since she doesn’t even have a hint of a smile on her face.

Her mustard yellow pants have a thick blue belt around her waist and a black and white pattern down the side of her legs.  This comes off as very 80s.

The costume designers didn’t do too bad with the woman in the back and white dress, but this one stays too close to 1980s fashion and the woman would look very out of place walking down the street in our 2015 world.