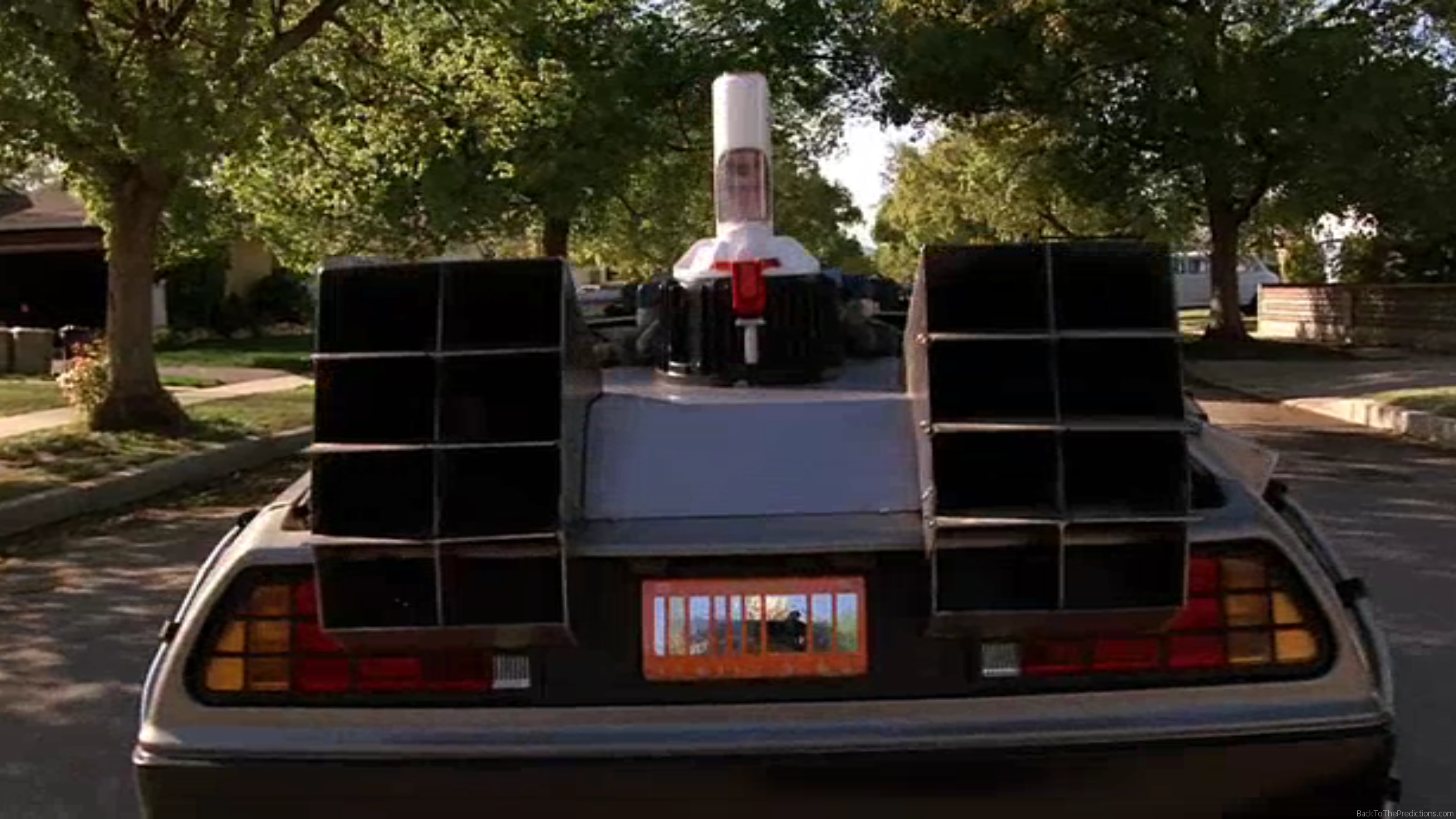 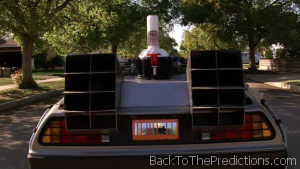 As the DeLorean backs out of the McFly driveway into the street, we see a reflection of the camera crew in the DeLorean’s shiny new bar code license plate.

These seem rather impractical because they’re not human-readable.  Yes, the numbers (136113966) are printed below the bars, but it’s impossible to read from a distance.  If you’re walking down the street and there’s a drunk driver, how are you supposed to get the car’s license plate number to report them?  Surely not everyone has a cybernetic implant or wears some sort of augmented reality device that would allow them to translate the bar codes to readable information.

If you’re trying to make license plates more easily readable by toll booths, traffic cameras, or police cars, why not teach those devices to read actual letters and numbers than have to put bar codes on every car?  That’s tech that we do have in 2015 and it’s better than this bar code license plate solution.

Also, I feel it’s worth pointing out that cars in California can legally continue using outdated license plate designs as long as they’re still on the same car.  In the real 2015, there would be no need for Doc to change the plates on his DeLorean since the original 1985 plates would still be legal to use on that same DeLorean.