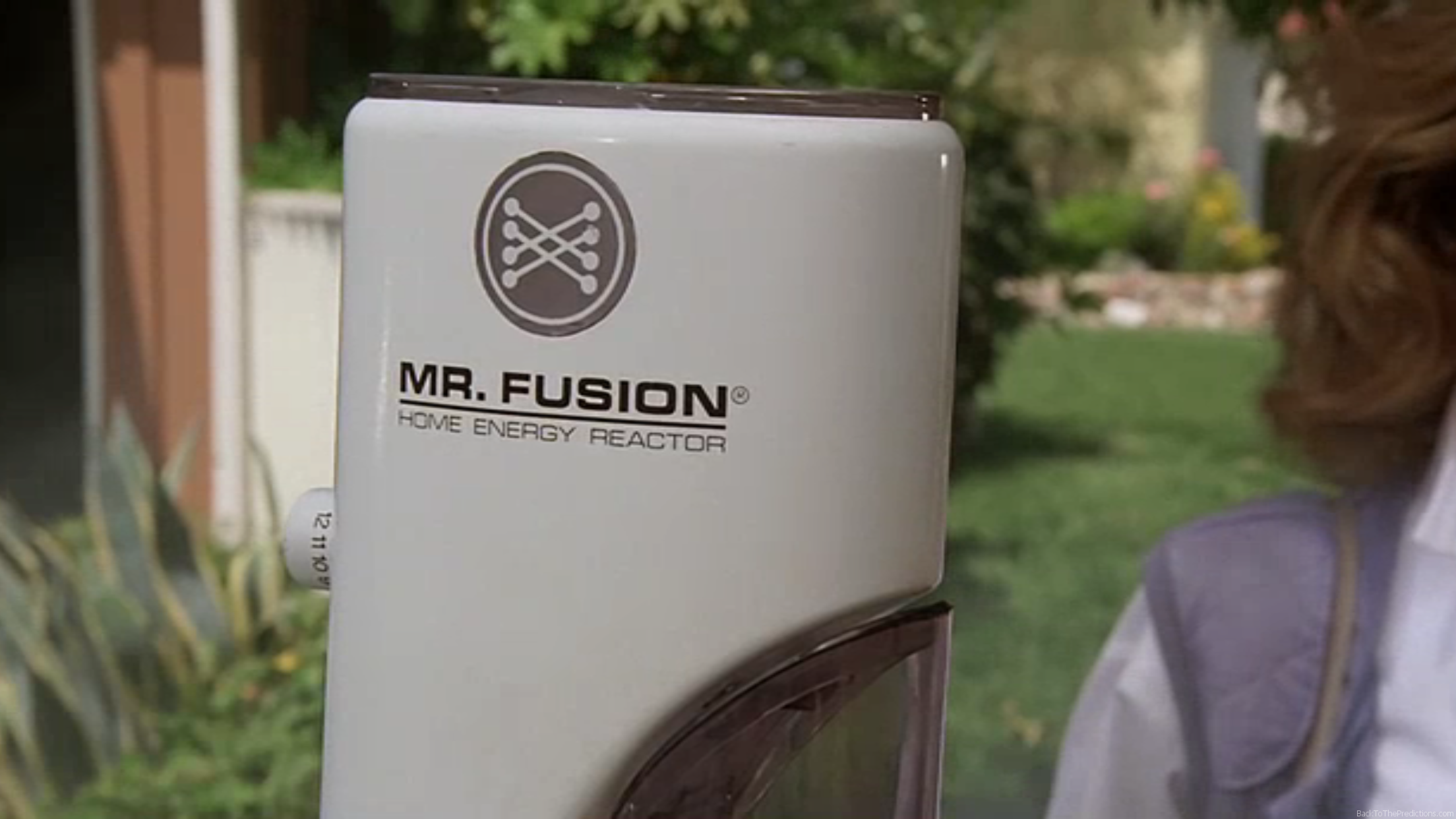 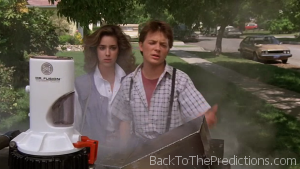 The second peek into “the future” that we get at the end of Back to the Future is perhaps the third most famous from the film after flying cars and hoverboards: Mr. Fusion!

A new addition to the DeLorean time machine to replace the antiquated, dangerous, and deadly (especially if Marty didn’t write that warning letter) plutonium reactor is apparently some kind of “home energy reactor” built into a device the size of a Mr. Coffee.

Of course, “Mr. Fusion” is a reference to Mr. Coffee, but the prop was made from a Krups Coffina Grinder.  Good luck finding one since they go for quite a bit on eBay now. 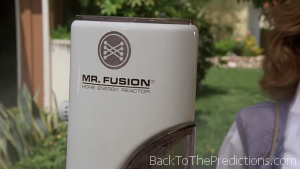 As presented in the film, Doc Brown pulls trash out of the McFly trash cans telling Marty, “I need fuel!”  Instead of using plutonium for the 1.21 gigawatts of power for the flux capacitor, Doc can simply use any matter…and what better matter than household garbage? 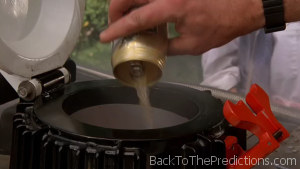 It’s a bit odd that all the matter goes into the chamber under the white Mr. Fusion top.  Since it is hinged at the back, it appears that this top unit is completely separate from whatever tech may be hiding below in the old plutonium chamber.  When the unit is flipped up, it appears to be mostly hollow.  There’s also nothing that would seem to form an airtight seal around the base of the unit.  Given all that, exactly how the unit works remains a mystery.

It’s also a mystery why someone apparently threw out a full can of beer.  Sure, Biff may have complained about light beer, but he’d still drink it…at least in the original timeline.

Clearly, we’re not using Mr. Fusion or any other kind of “home energy reactor” to power our homes or cars.  Although there has been a strong push towards electric cars in recent years and some people have bio-diesel cars powered by restaurant grease, we still haven’t quite figured out how to convert crappy beer and banana peels into fuel.