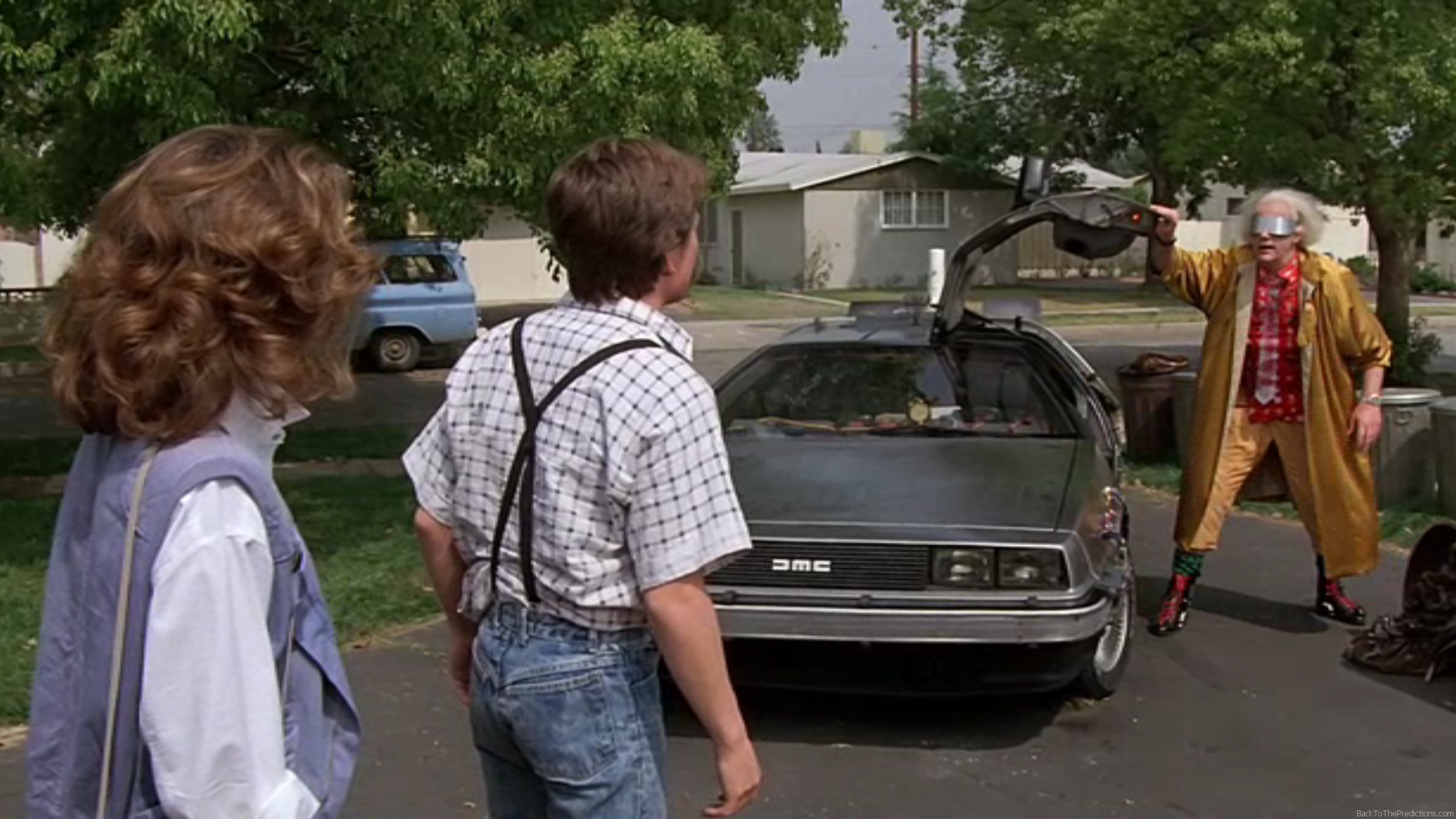 For our first post, we’re going to look at the first glimpse of “the future” that we get at the end of Back to the Future.  (Okay, it’s actually the second glimpse…since you can technically see Mr. Fusion first even though we don’t know what it is yet. ) The first real indication that we get of what the future is like is when Doc Brown steps out of the DeLorean time machine wearing… uh…  Well, he’s essentially dressed like a clown.

He’s wearing what appears to be some kind of silver metal glasses, a shiny gold coat, a wild looking red Asian shirt, a transparent plastic tie, a silver watch, gold pants that are way too short, and some kind of wild boots. 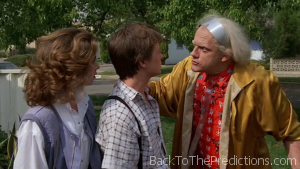 His choice of shirt actually isn’t surprising considering the shirts he was seen wearing earlier in the film.  We’d actually give it a pass since, in 2015, I don’t think anyone would think anything was odd if someone walked down the street in that shirt.  Although we don’t get a good look at it here, the watch is fine too.

We’ll discuss his silver glasses in a future post, but the predictions for the rest of his clothing are way off.  If someone walked down the street in 2015 wearing that outfit, they’d likely get a lot of strange looks.  We’ll assume Doc was not trying to be a trendsetter and this outfit was intended to blend in, given his request to Marty in Part II to wear “something inconspicuous”.

Can we consider this an accurate prediction of what our friend in time, Dr. Emmett Brown, might actually wear in 2015?  No.  It’s ridiculous.