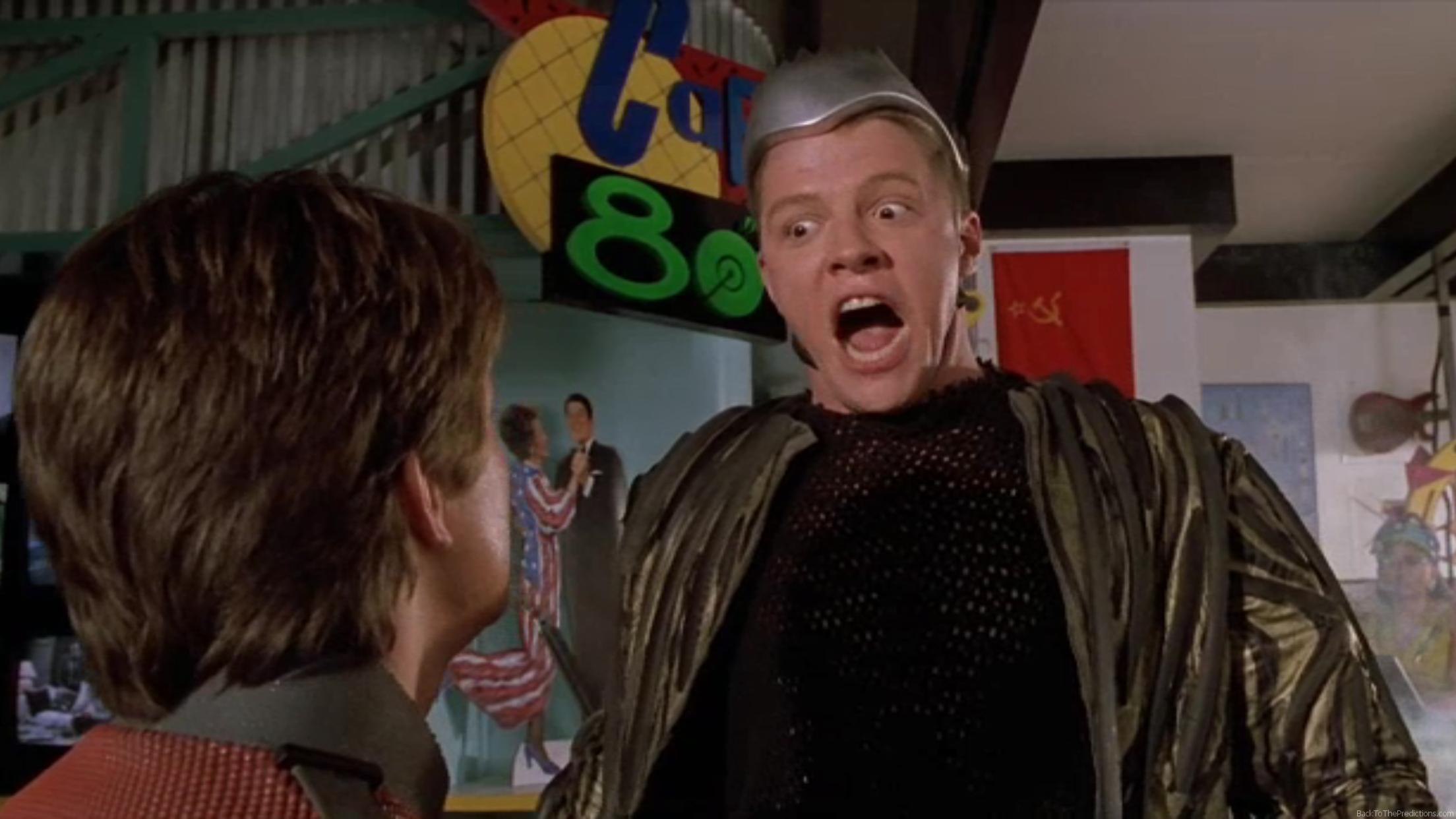 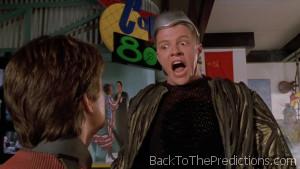 “Oh, Marty…  Be careful around that Griff character. He’s got a few short circuits in his bionic implants.”

“Bionics” was coined by Jack E. Steele in 1958, but the term became popularized by the ABC series The Six Million Dollar Man and The Bionic Woman in the 1970s.  The term implies some connection between biology and electronics.

Doc doesn’t specify what sort of bionic implants Griff has.  He may have just been using a figure of speech, but seems to imply that he actually has implants in his brain.  The USA Today article after Griff’s arrest confirms that “Gang Leader had Bionic Overloads”.  Other items in the newspaper refer to Proposition 237 to “Legalize Bionics” and a pitcher who had been suspended for use of a bionic arm “without calibration”.

In our reality, cochlear implants and artificial hearts exist and there is a Scottish company which has fit their “i-Limb Hand” to more than 1,200 people.  A prosthetic limb could also be considered a type of “bionic”, but it’s pretty clear this isn’t the type of bionic Doc is referring to.

Work is in progress on nanotechnology, silicon retinas, artificial blood cells, and tissue regeneration, but we’re a long way off from any sort of bionics being implanted into the human brain.