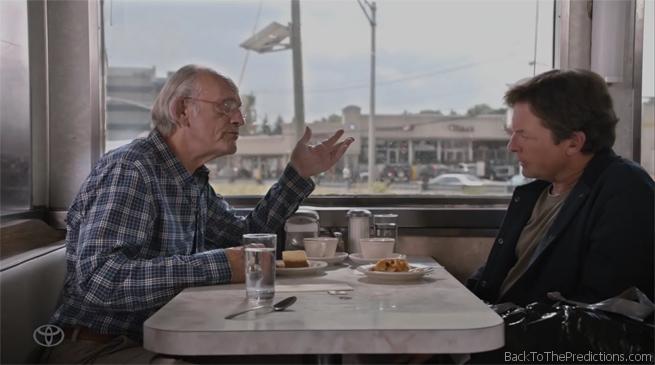 The full film which was teased in Toyota’s earlier “Diner” video has now been posted.  In “Fueled by the Future” (which is an obvious ad for Toyota), Mischa Pollack introduces Christopher Lloyd and Michael J. Fox to the Toyota Mirai, a fuel cell car powered by Hydrogen.

The video features many references to the Back to the Future films including Marty’s Toyota truck, the McFly home, Hill Valley High School, the Universal Studios Backlot, Doc Brown’s scale model of Hill Valley, and Doc Brown’s white van.