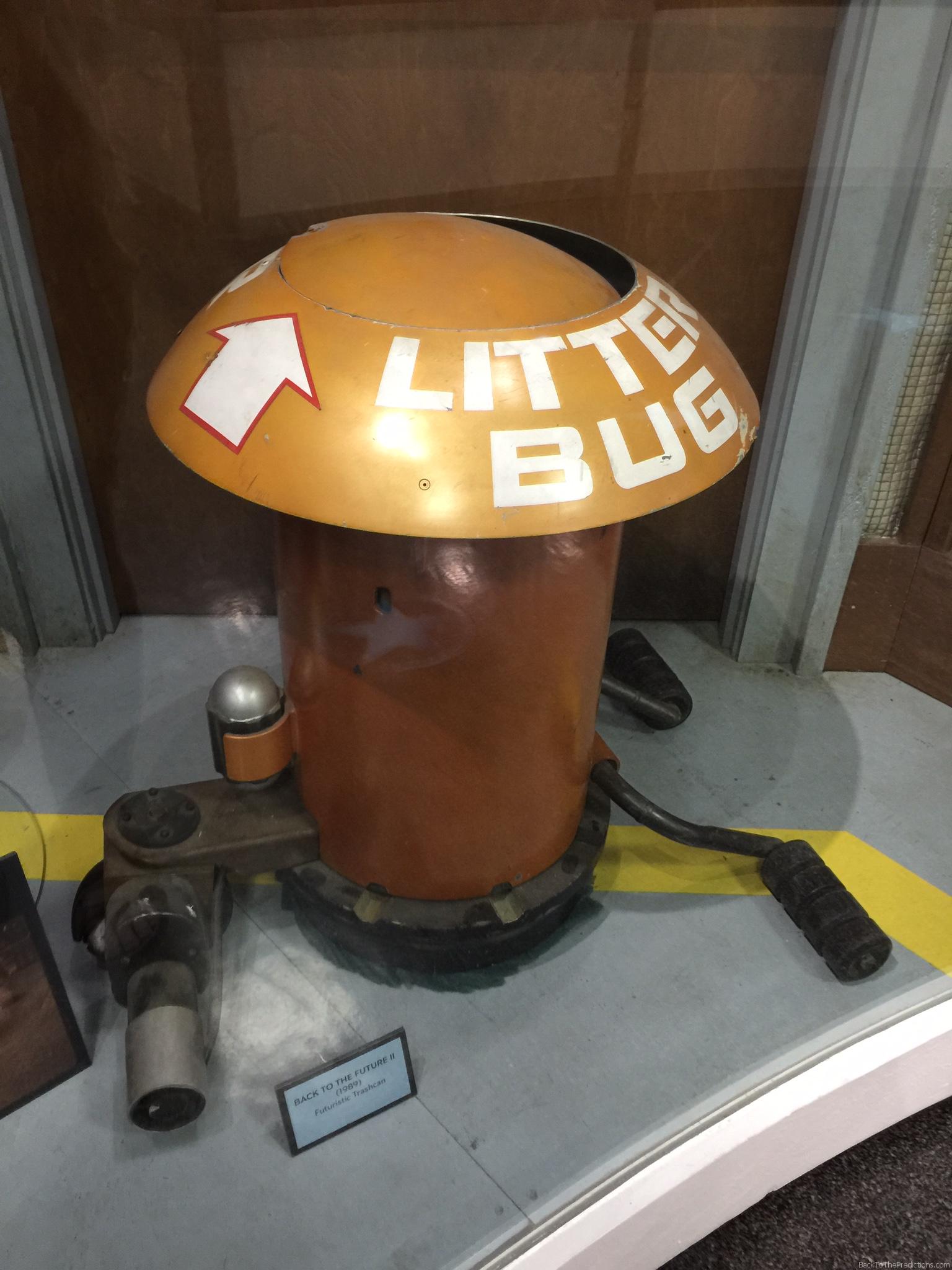 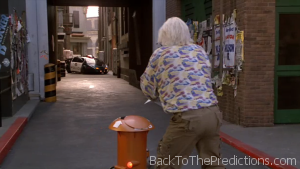 “I am going to put this in the trash!”

Doc runs over to a gold “Litter Bug” robotic trash can to put the sports almanac inside.

The little robot is only a couple feet tall and features a lid that rotates open to allow access inside.  It opened when Doc approached, so there must be some sort of sensor to know when people are nearby.

There’s not a really good shot of this on screen.  When it’s seen behind Marty, it’s pretty far away.  When Doc approaches it, the bottom can’t be seen.  Fortunately, it’s currently on display at Universal Studios Hollywood.

The Litter Bug appears to have a sweeping mechanism on the bottom similar to what you’d find on a street sweeper.  The front has a pair of rollers and the back has the drive wheel as well as the turning mechanism.  Unfortunately, the lid on the prop appears to have been damaged sometime in the last 26 years since the movie was filmed.

We don’t have rolling robotic trash cans in our 2015 like they had in Hill Valley.  If such a thing existed, you’d certainly see them in use at places like Disneyland before they started roaming public streets where they could be vandalized or stolen for parts.

The closest we have in 2015 is the Roomba made by iRobot.  However, these are radically different and intended for inside use only.  Maybe someday iRobot will make a Roomba with a trash can on top, but so far that only exists on screen…and in The NBCUniversal Experience at Universal Studios Hollywood.