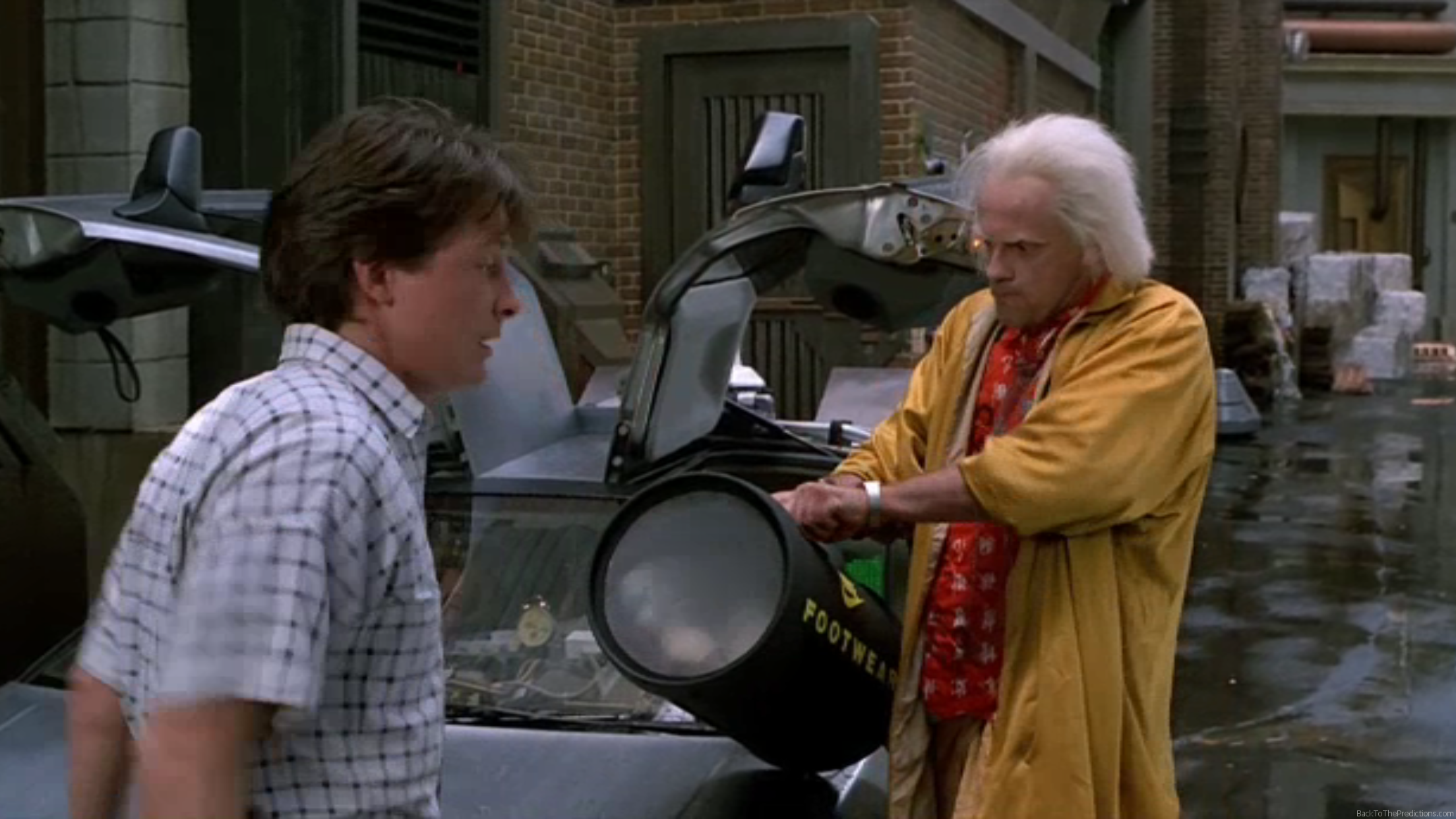 Doc needs Marty to dress like his son, so he came prepared and pulls out a round black cylinder that says “Nike Footwear” on the side in yellow.  Doc turns a knob and the end of the cylinder becomes more transparent.  There is a handle on the top where the cylinder can be opened and contents can be added or removed.

Wait a second!  Where did Doc have that?  He pulls it out of the driver’s side of the DeLorean.  Was it under his legs while he was driving?  DeLoreans have no back seat and Doc has filled what little space he has back there with time circuits and the flux capacitor.  He didn’t take it out of the DeLorean’s trunk (which is located in the front of the car), so where did it come from?  It’s huge!

Anyway, we’re not here to nitpick the movie.  …at least not completely.  Let’s turn our attention back to the cylinder itself…

The Nike “swoosh” is still there in use in Hill Valley of 2015, so they got that right and didn’t change it like they did with the Pepsi logo.  That’s about all they got right here.

It’s not clear what purpose the knob serves to reveal or hide the contents inside…other than looking cool.  Maybe it’s supposed to vacuum pack it or something?

The “duffel bag” (for lack of a better term) itself seems like a very poor design choice.  It’s a rigid shape, so if you’re only packing a pair of shoes and a jacket, it’s not going to compress down and only take up as much space as it needs.  Yes, it will keep things from getting crushed, but if you’re packing luggage in the trunk of your flying car, it’s going to waste a lot of space.  The other problem with the design of this duffel bag is that it’s round and will roll.  If you’re out for a run and want to put your Nike Mags on before a jog, you’d better not be on a hill or you’ll be running after your bag as it rolls down the hill.

This duffel bag may look cool, but it’s not a great idea in reality.  It’s 2015 and we don’t see people packing sportswear in hard-sided bags, let alone cylinders.