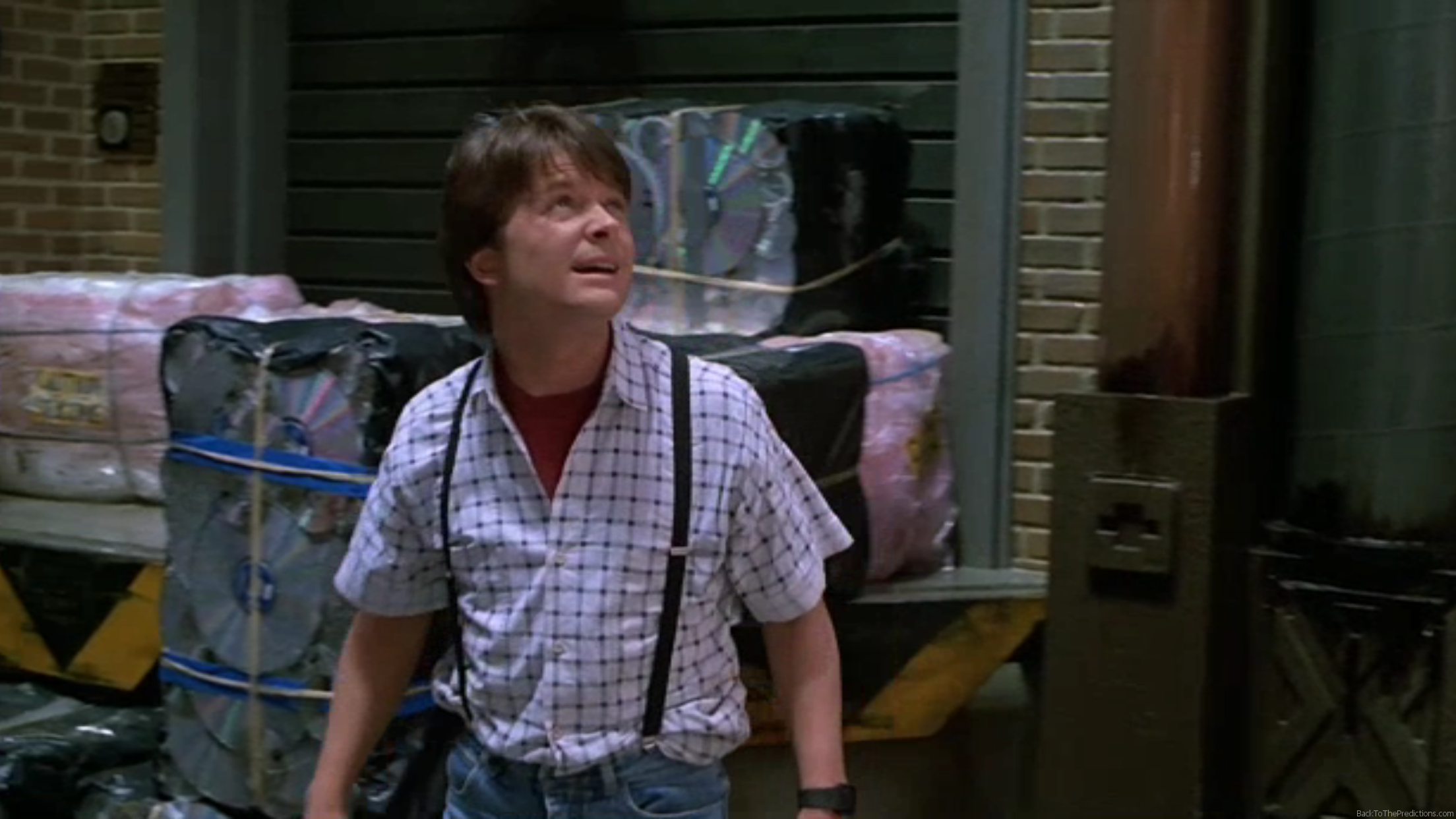 Parked in an alley near the town square in Hill Valley, Marty exits the DeLorean

next to neatly stacked piles of trash.  Futuristic trash!

Back in 1989 when the film was made, laserdiscs seemed like the next big thing in home entertainment.  Why suffer through the poor video quality and annoying rewinding issues of videotapes?  With a laserdisc, you could put in a large disc (trying carefully to avoid fingerprints), watch half the movie, flip over the disc, and watch the rest of the movie.

Yeah, they never quite caught on other than with people who were into building their ultimate home theater and wanted digital sound.  …but this was before DVDs were around and long before people conceived of downloading movies on the Internet.  (We’d spend several minutes downloading an image in 1989, so to download a whole movie seemed crazy!)

It’s not clear why there are so many laserdiscs being thrown out in that alley, why they’re not broken, or why they’re neatly packed in a cube wrapped in plastic wrap.  Maybe they intended this to be some kind of recycling?  Did they think that these would be replacing paper?

Whatever the reason, they clearly missed the mark with this one.  In the real 2015, people aren’t exactly running around yelling “I love laserdiscs!”