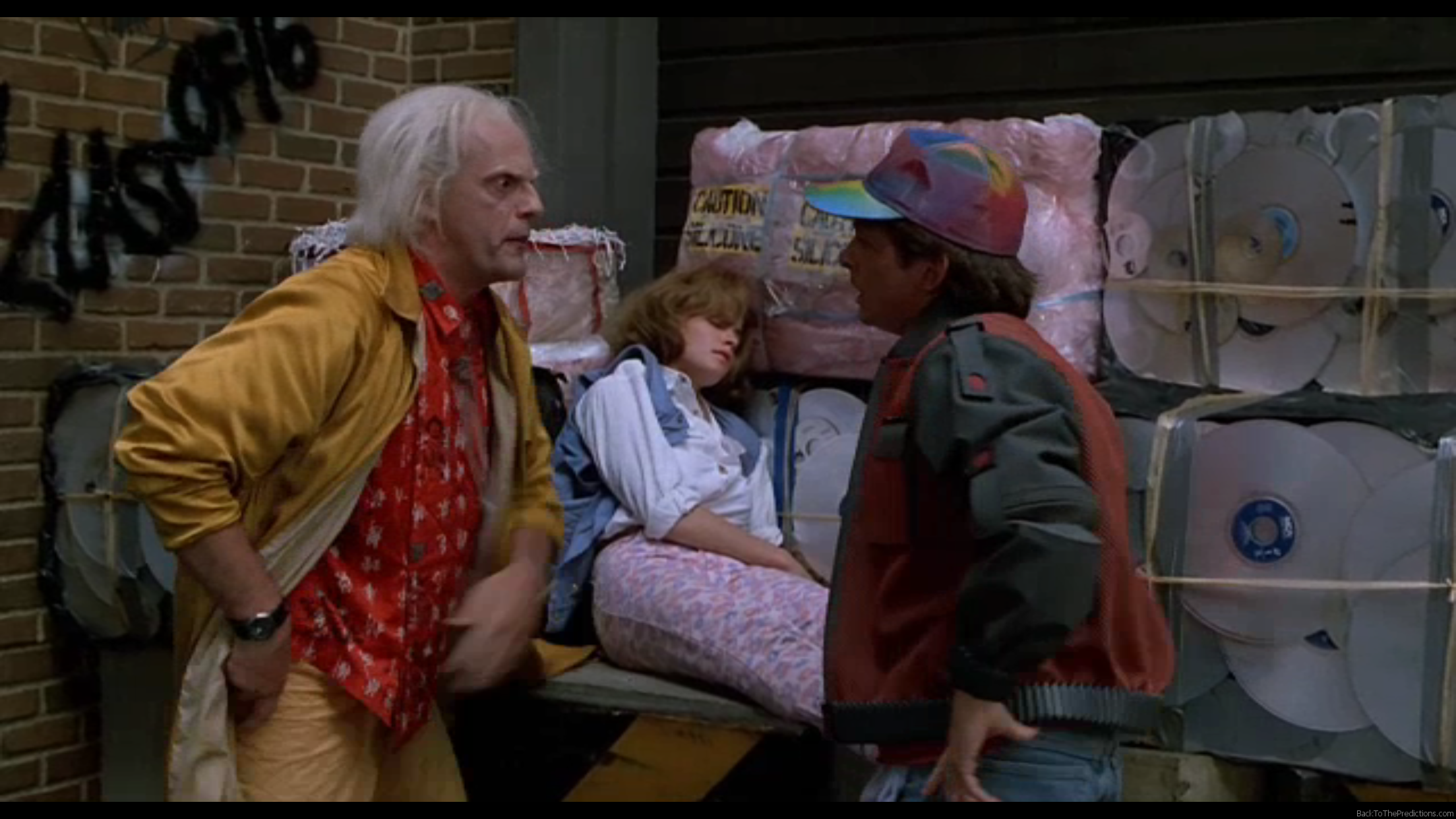 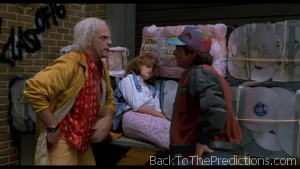 There’s graffiti on the wall of the alley near where Doc and Marty leave Jennifer that says “Class of ’16”.

It’s a pretty easy prediction that people of 2015 would still spray paint graffiti on alley walls and that students would still proudly be promoting their class years.  However, the glaring error here is that it refers to the year as “’16” instead of “2016”.

What we see in the movie is close…but just misses the mark.