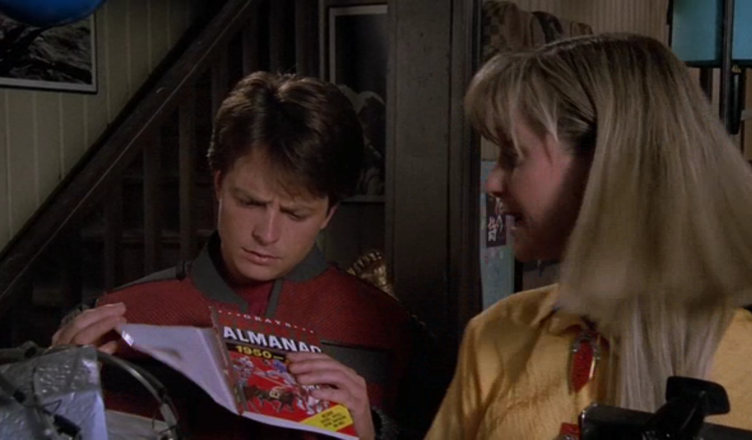 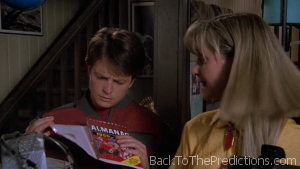 “Now this has an interesting feature.  It’s called a ‘dust jacket’.  Books used to have these to protect the covers.  Of course, that was before they had dust-repellent paper.”

Grays Sports Almanac was published sometime after 2000, so dust-repellent paper must have been invented sometime between 2001 and 2015.  From the saleswoman’s comment, it’s unlikely a recent invention because she assumes that Marty wouldn’t know what a dust jacket is.

No, we don’t have dust-repellent paper in our 2015, but the writers probably weren’t betting on this being a real thing by now.  They just needed an excuse for the book to have a dust jacket so that it could come into play later in the movie.