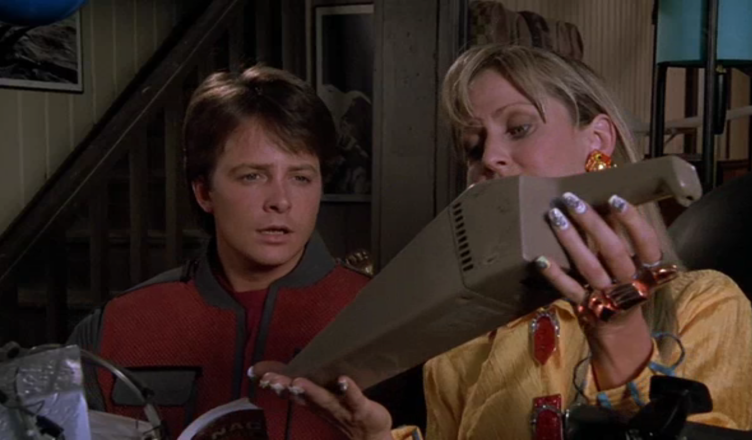 Marty just wants Grays Sports Almanac, but the woman running Blast from the Past is trying to up-sell him on additional merchandise. “…and if you’re interested in dust, we have a quaint little piece from the 1980’s.  It’s called a ‘DustBuster’.”

A DustBuster is a handheld vacuum cleaner made by Black & Decker first introduced in 1979.

The saleswoman’s statement doesn’t necessarily mean that by 2015, they’ve come up with a way to eliminate all dust, but we can definitely infer that DustBusters will be a thing of the past by 2015.

However, they’re not.  Although the design has changed, Black & Decker is still producing several different models of DUSTBUSTER handheld vacuums.