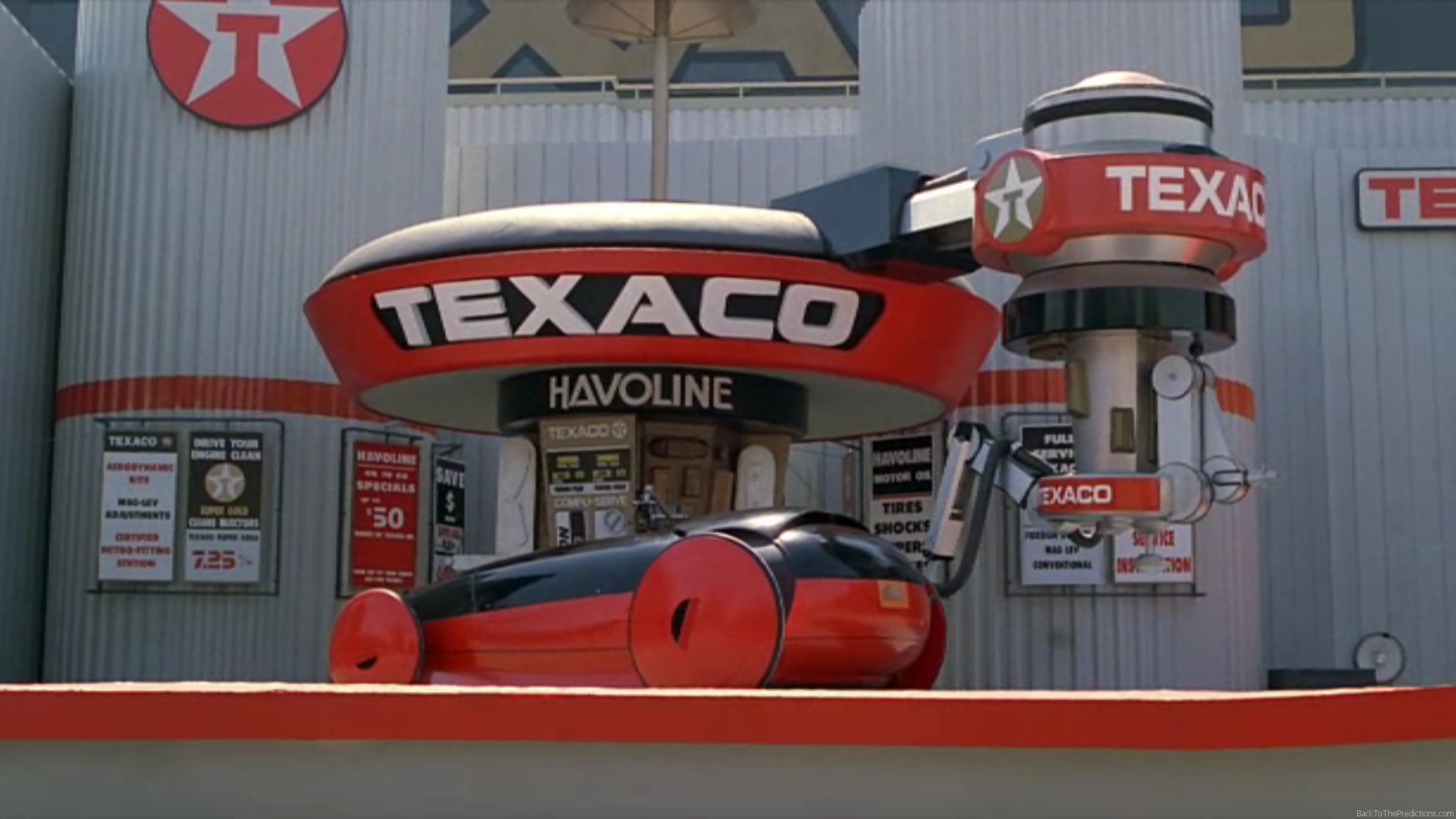 The Texaco fueling station in Courthouse Square in has a sign publishing gas prices as follows:

It’s nice to know that Texaco still supports cars running on unleaded gasoline.  However, there’s so much wrong here.

Fusion Gold and Super Fusion Plus+ are fictional.  With the existence of Mr. Fusion, it’s unclear who even needs these, but presumably they’d provide some sort of fuel for fusion-powered vehicles without Mr. Fusion.

In our 2015, CaliforniaGasPrices.com reports the current average price for regular unleaded gasoline is approximately $3.17 9/10 per gallon.  This is a lot cheaper than Hill Valley’s $8.37 9/10 per gallon price.

Assuming “Super Unleaded Plus+” is premium gasoline, that $9/gallon price is still insanely high.  The most expensive gas in California is currently $5.23 9/10 per gallon at Chico’s on Linden Ave. in South San Francisco, near San Francisco International Airport.