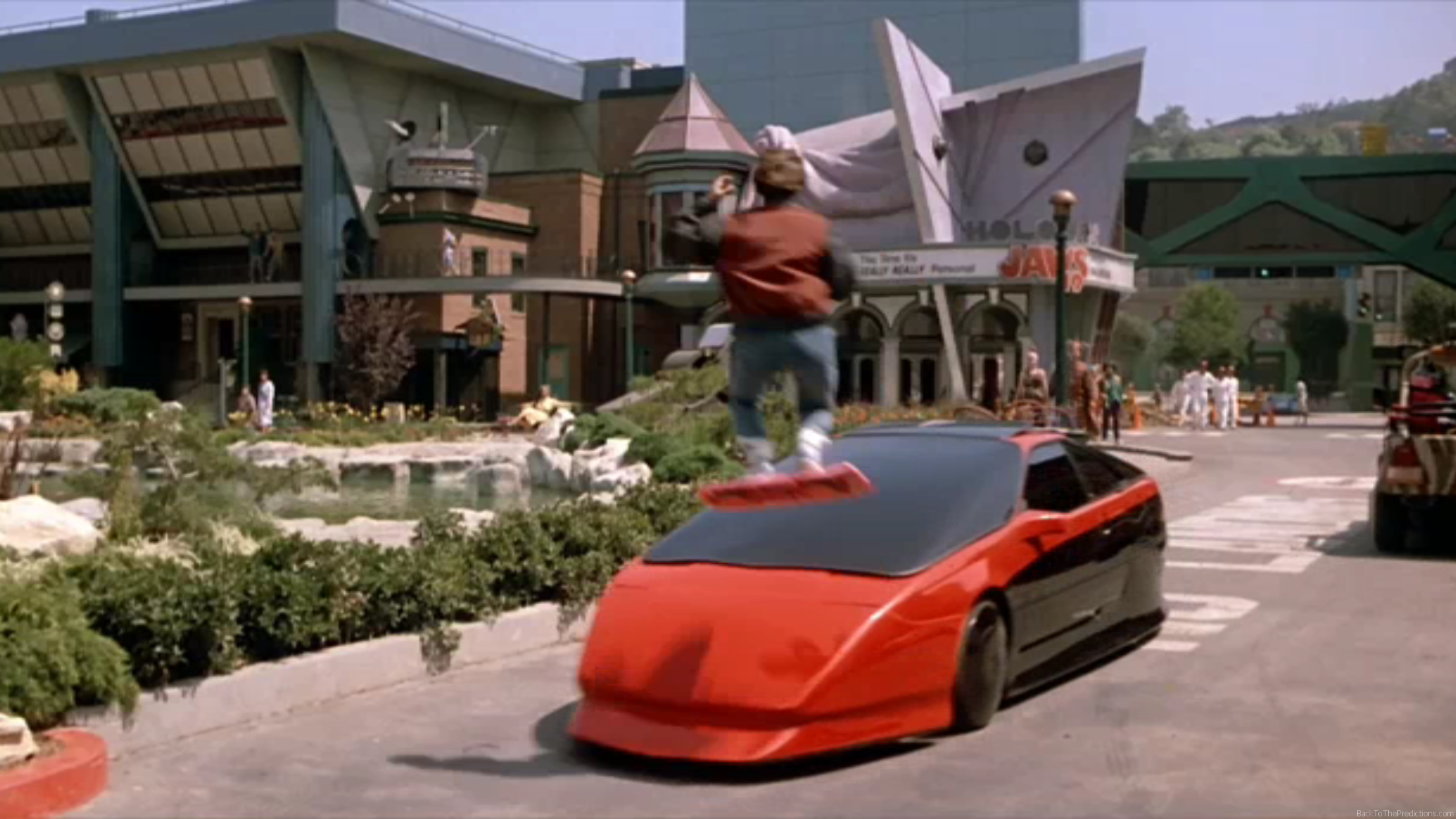 Another one of the cars that drives by as Marty is wandering around Courthouse Square is a modified Ford Probe.  There are actually multiple Ford Probes in the movie that have been modified in various ways.  This particular one is a 1989 Ford Probe which has had an entire new front end applied.

The car can be seen again during the hoverboard chase after Griff swings his bat at Marty.  Marty bounces off of it and onto the water.

The car’s design is fairly different from any car in production in our 2015.  You won’t find any cars with such a large front windshield as this.  As for the Ford Probe, it went out of production in 1997.