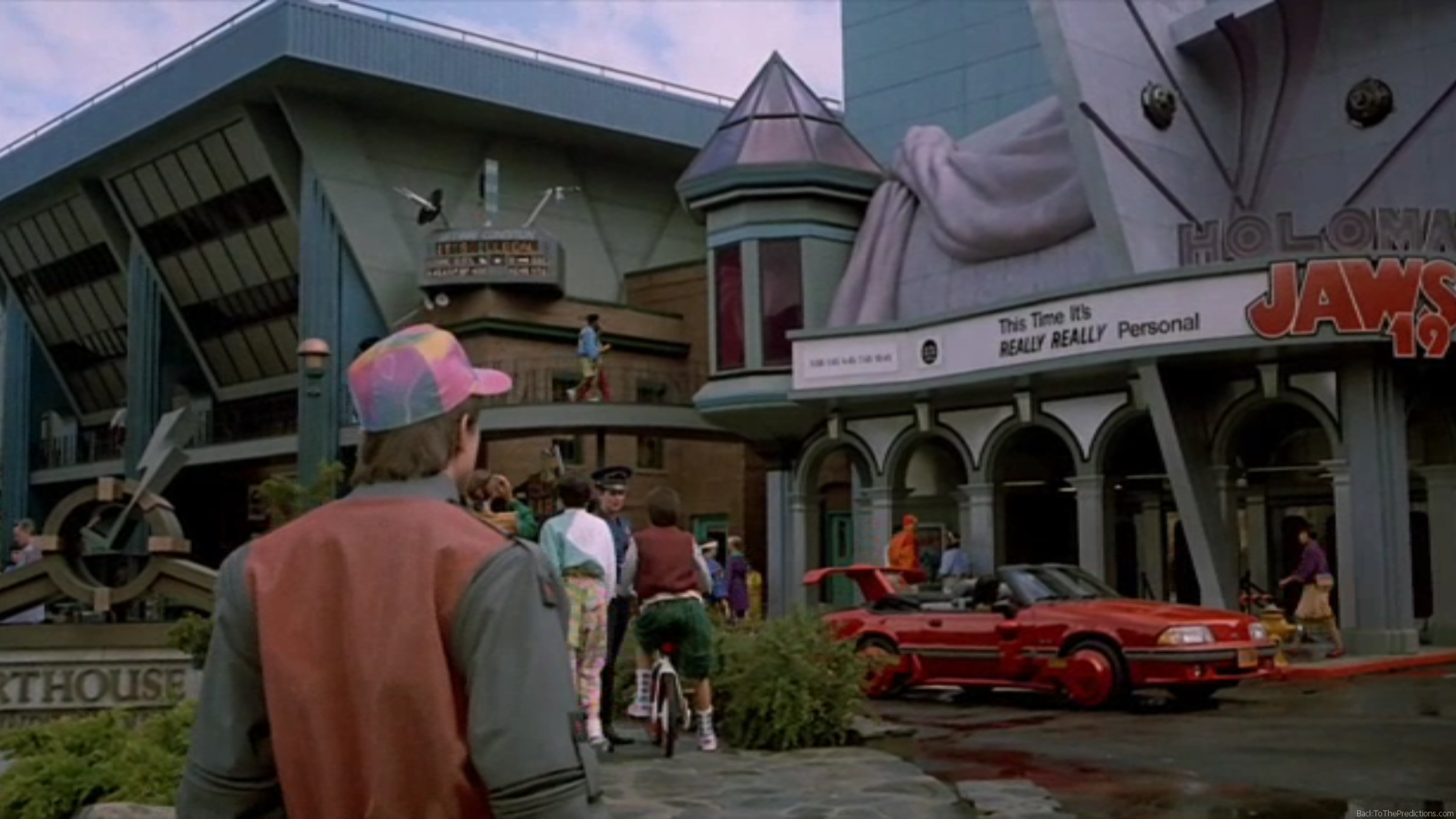 As he starts to wander around Courthouse Square, Marty spots a car landing on a ramp next to the courthouse.  It comes to a stop in front of the Holomax.

The car is a red 1987, 1988, or 1989 Ford Mustang that has been modified with a giant spoiler wing and some things stuck to the side of the car near the wheels that almost look like parking boots.

Much like the Ford Tempo seen driving by earlier, this is a late-1980’s car that has some crap stuck to it in an attempt to make it look futuristic.  Most Mustang enthusiasts don’t get too excited about the late-70’s and 80’s models…at least not as much as the classic older ones or the newer ones.  Having a 28 year-old Ford driving around with strange modifications around the wheels isn’t something you’re very likely to see.