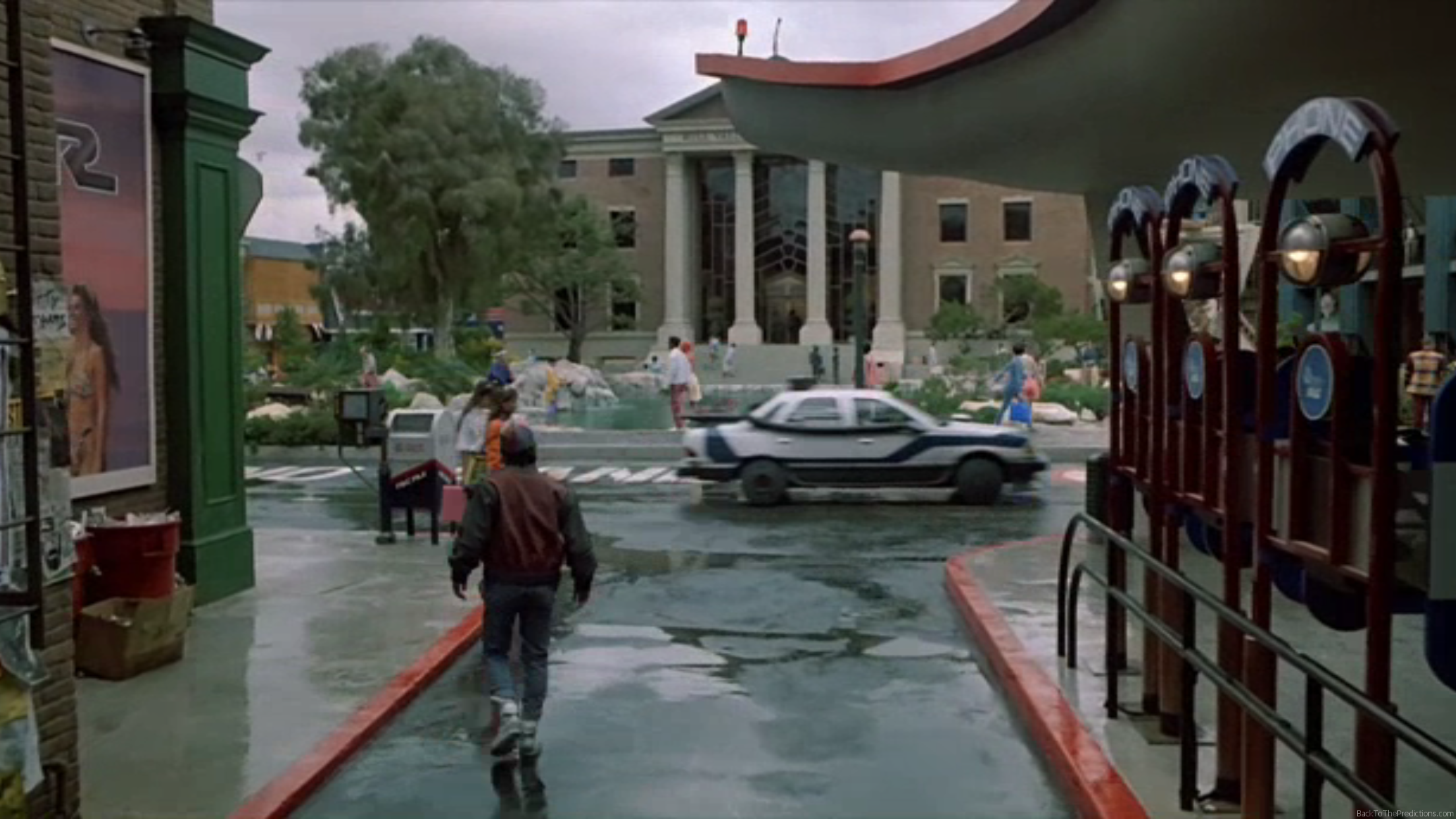 As Marty emerges into the Courthouse Square, there is a white car that drives by on the street.  It’s a 1987 Ford Tempo that has been painted with blue stripes and had some extra bits added.

The same car is seen again in the background when Doc lands the DeLorean in front of the Blast from the Past store to pick up Marty.  A version with red paint on the side can be seen right after Marty first gets out of the DeLorean and before Doc takes off his “disguise”.  It’s unknown if this car can fly.

The Ford Tempo was produced from 1983 through 1994.  It was succeeded by the Ford Contour.

Although some people modify their cars with custom add-ons and paint jobs in our 2015, there aren’t as many on the streets as there are in Hill Valley…unless Hill Valley happens to be having some sort of car mod expo that week.  Even then, a Ford Tempo is a very unlikely choice to me modified.