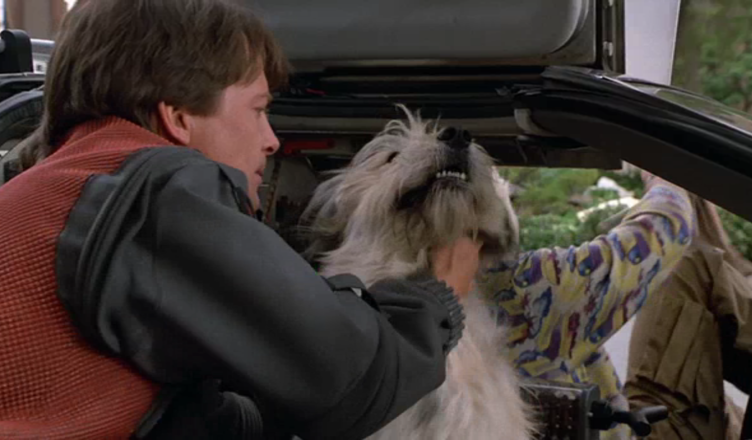 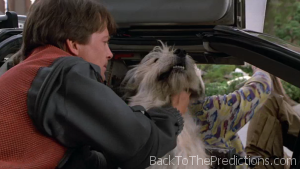 Doc lands the DeLorean on the street and Marty opens the passenger door of the car.

“I left him in a suspended animation kennel,” says Doc.  “Einstein never knew I was gone!”

This was included in the movie as a way to explain why Doc left with Einstein in 1985, but came back by himself.  Don’t worry, kids! Einstein’s fine!  He was just in suspended animation.

Leaving pets in suspended animation seems like a great way to kennel them when you’re gone on vacation.  You can drop them off, have them put to sleep temporarily, and come back to be greeted by your beloved pet as if you never left.

Presumably, since they’re in suspended animation, the pets don’t age.  Imagine leaving Fido at the kennel when you go off to college and picking him up when you’re back.  No more wondering if he’s eating okay or that your elderly canine might pass away while you’re not home.  Also, no need to have someone walk, bathe, feed, or care for your pet.

As long as it’s healthy and safe (and reasonably priced), a suspended animation kennel seems like a wonderful thing for pets and their owners.  (Let’s not get into the ethics of parents taking a vacation from their kids…)  Unfortunately, it remains science fiction in 2015.