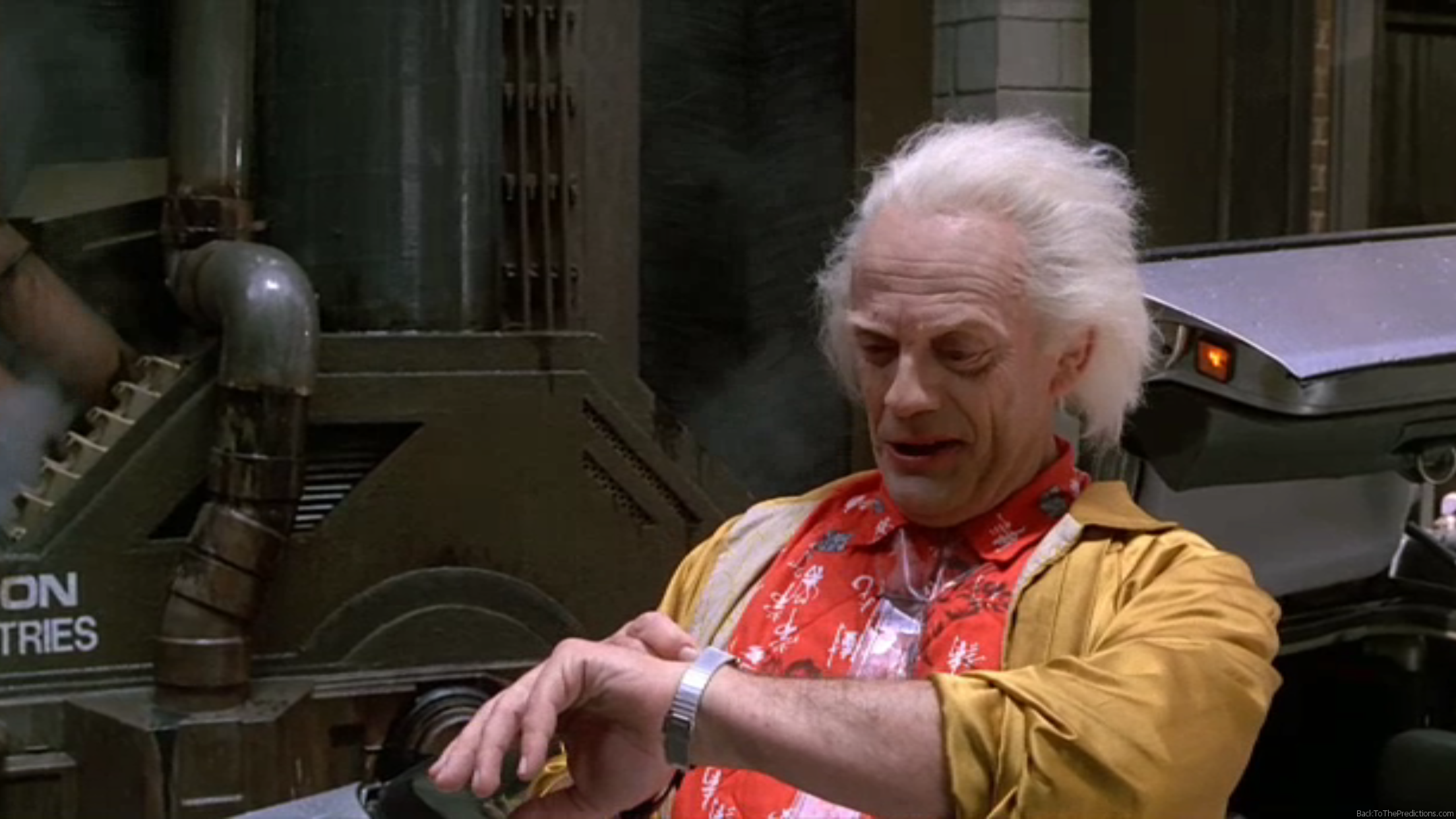 The rain clears above Hill Valley, California “right on the tick” just as the weather service told Doc on his watch.

“If only the post office was as efficient as the weather service!”

An inscription above the James Farley Post Office in New York City reads, “Neither snow nor rain nor heat nor gloom of night stays these couriers from the swift completion of their appointed rounds.”  Back in the 1980s, the post office was considered fairly reliable. At the same time, the weather forecasts were often inaccurate, imprecise, or incomplete.

Consider where we are now.  We’re used to using the Internet where e-mail and other data is sent to us instantly.  We pay bills online, send photos to friends and loved ones, and rarely buy stamps.  Setting foot in the post office is often a dreaded task that we only have to do if we’re selling things on eBay or mailing in our tax returns.  (You might want to look into electronic filing this year instead of waiting until the last minute.)  When we order something that’s sent by UPS or FedEx, we hate to see it handed off to the US Postal Service because we know it will take a day or several longer than it should have.

Sure, many post offices have automated postal stations where you can weigh, pay for, and mail packages without standing in line for the window, but it’s clear that the United States Postal Service is highly regarded as inefficient and outdated…and as we discussed in yesterday’s article about the weather service, they’re pretty good by comparison.

We may have laughed about Doc’s statement about the post office not being as efficient as the weather service when we saw this movie in 1989, but it’s a silly prediction that actually came true!