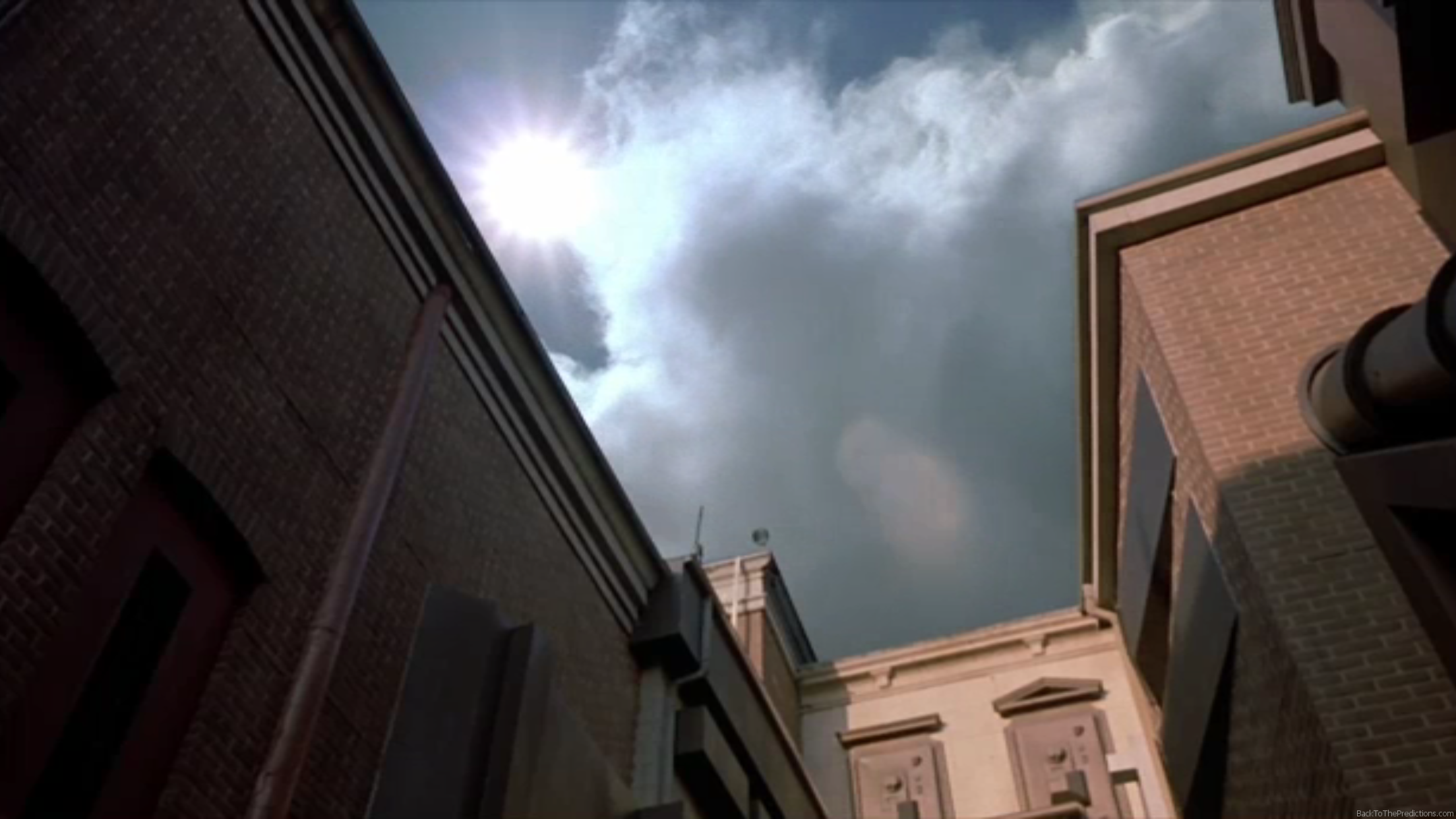 After landing the DeLorean in the alley, Doc tells Marty he needs to get out and change clothes.

Sure enough, after just five seconds, the rain lets up and clouds start to expose the sun.

Yes, this seemed amazing to us in the late 1980s.  Someone living in 1985 really only had three options for weather forecasts: newspaper, television, or radio.  The newspaper and television would report the high and low temperatures and what the weather might be over the next few days.  If you were lucky, they might even say “rain in the early afternoon”, but that was as specific as they’d get.  Radio might have been able to provide additional details as the weather updates are broadcast throughout the day, but rarely with up-to-the-minute information.

In 2015, we’re living in a mobile world.  You can look at your phone and see the weather by the hour for the GPS coordinates that you happen to be standing at.  Doc’s “Wait five more seconds” line is a bit more precise than we have now, but it’s really not too far off.  If Doc was looking at a radar image, saw that the rain was stopping past the current showers, and saw the clouds clearing when he looked up, maybe he was able to deduce it himself that the rain would stop in five seconds.  …so a prediction that Doc would be able to predict the rain would stop in five seconds?  We’ll give it to them as predicting it correctly.

There’s also the matter of the watch that Doc is getting the weather from.  In the last year, smart watches are starting to become much more popular.  The 2015 release of the Apple Watch will likely make them a lot more commonplace.  We’ll have to wait and see what weather apps on these watches are like in October, but the Android watches already have weather apps.

Weather updates on your watch may have seemed like a crazy prediction to make in 1989, but it actually is reality in 2015!